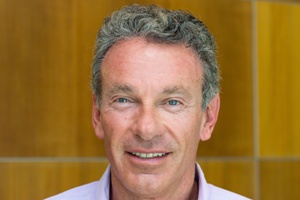 The initial rollout of the Machine Network will launch in the Southwestern metropolitan areas of Phoenix, Ariz., which serves approximately 3.1 million consumers of M2M technology covering more than 1,800 square miles, and Dallas/Fort Worth, Texas which serves approximately 4.5 million consumers covering over 2,000 square miles.

“The metropolitan areas of Phoenix and Dallas/Fort Worth were selected for the initial deployments due to the prevalence of current IoT applications operating in those locales, such as transportation, utilities, industrial monitoring, security and public infrastructure,” said Tom Gregor, Ingenu’s president and general manager, public networks. “The Machine Network provides an ideal alternative to devices and applications that are currently connected via 2G cellular networks which will be ‘refarmed’ in the coming months to make way for higher bandwidth cellular technologies, which are not ideally designed for M2M/IoT connectivity.”

The rollout of the Machine Network will continue throughout 2016, as it expands from regional coverage to over 600 national sites across the U.S.  This will ultimately provide ubiquitous machine coverage to millions of end-point devices in rural and metropolitan locations with two-way communication capabilities and over 99.9% reliability.  To find out when the Machine Network will be available in your area, please visit the Ingenu website to access the Network Coverage Deployment Tool.

“As we introduce the Machine Network to major markets across the country, we are delivering on the rollout plan that we announced earlier this year,” said John Horn, Ingenu’s CEO.  “Ingenu’s RPMA network is ready for virtually any IoT/M2M application and we anticipate that developers and technology partners alike will take advantage of all the benefits that the technology offers such as unprecedented coverage, greater capacity and system longevity.”