Home › IoT News › Connectivity › It must be Xmas, the generations are all gathered and they’re fighting over the spectrum 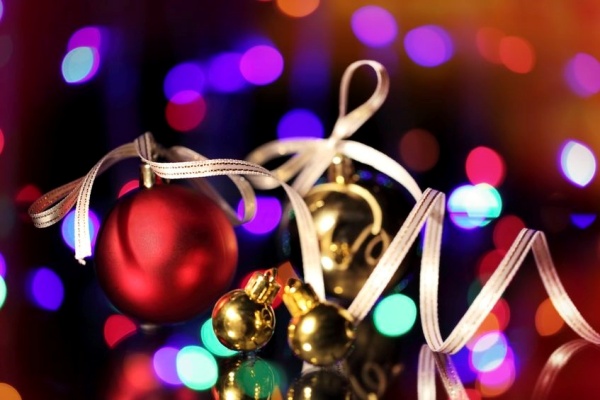 It’s a bit of a flashpoint at this time. Tension mounts. All the generations and their products get together, they’re all excited and there are massive – possibly unrealistic – expectations. Having invited all these people to the party, the host suddenly starts panicking and wondering how they’re going to cater for them all. Everyone is a bit edgy and nobody knows what space they can occupy. Under those circumstances, it’s easy to get twitchy, says Nick Booth.

Soon, everyone will start squabbling over the gadgets. That’s what happens, I’m afraid, when you bring the mobile family together. You’d think that 2G, 3G, 4G, 4.5G and 5G would all get along, but they don’t. They’re all quite different in their own way. Then there’s all the friends and relatives, the distant cousin networks. You know the types: they have a weird job and you can never quite work out what they do. “I connect devices to garage doors, so the owner can open them automatically,” they’ll say. Hang on, I thought you made wireless doorbells work, you’ll ask. No, that’s another member of my product family, they’ll explain, slightly offended.

The one thing many of them have in common though, whether they are ambitious new 5G networks, wireless computer networks or intelligent home inventions, is that they all have a massive appetite for unlicensed spectrum.

This was never a problem, but recently the 5G crowd have started to flex their newly developed muscles.

I worry about these conflicts of interest, especially since I heard about the potential cannibalisation of unlicensed spectrum by the makers of LTE-U devices and mobile operators. Ericsson and Qualcomm, for example, have secretly invented ways to make 5G faster in indoor networks using the unlicensed spectrum used by Wi-Fi and Bluetooth. Keep an eye on those two.

In September tensions were heightened when the mobile telecoms part of the family formed a pressure group, Evolve, in order to stake a claim on the unlicensed spectrum used for WiFi, gadgets and many intelligent home devices. Well cheers! Nobody invited me.

Oh, but they did invite the Competitive Carriers Association, wireless association CTIA, Alcatel-Lucent, AT&T, Qualcomm, T-Mobile and Verizon. I wasn’t there, but it sounds like one of those pre-organised fights in a bid to settle a long running turf war. These dust ups are often organised by mobile phones.

Here’s how the Unlicensed Spectrum Bout might pan out. We saw it first, the wireless LAN makers can say. It’s not your anyway, it’s unlicensed, the members of the 5G Evolve gang will counter. Oh yeah? You want to make something of it? Yes, I do, I’ve got multiple applications in mind, as it happens. Duh! So do we and we had the spectrum first!!

If we’re not careful, this could escalate into a massive row. Thank goodness for the magnificent counselling services that selfless volunteers have made available.

Yes, the counsellors at the Wi-Fi Alliance report they are getting more calls than ever at this time. Their Coexistence Test Workshop is proving massively popular. They set it up in order to defuse tensions between users of Wi-Fi and LTE, as their appetite for unlicensed spectrum threatens to bring them into contention.

This is that generational class I alluded to earlier, as the season of 5G looms larger on the horizon. (Good grief! Is it that time already?)

The workshop is an attempt to nip confrontation and anger in the bud by creating an advance dialogue to promote understanding about fair spectrum sharing.

The first workshop in the US was attended by many of the leading lights in the technology. I can picture Amazon, Dell, Google and Intel all sitting on chairs, arranged in a circle. The convenor speaks to Broadcom first. “You say that SK Telecom stole your spectrum. How does that make you feel? Ericsson – are you happy to be an enabler? Can you understand how Broadcom might be feeling at this time?”

According to The Wi-Fi Alliance’s own feedback 68% of us would be ‘very annoyed’ without access to constant Wi-Fi. ‘Very annoyed’? That’s an understatement. I imagine, if and when Wi-Fi suddenly disappears, people will be hopping mad! I wouldn’t put it past our French counterparts to start blockading Britain’s ports.

I warn you, if you want to have an Internet of Things party, you’re all going to have to behave!

The author of this blog is freelance IT and communications writer Nick Booth.