Home › Blogs › The power of prediction will defeat the energy thieves 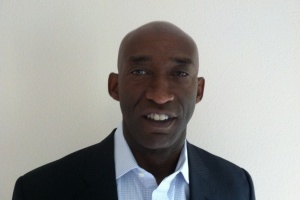 In North America, for example, what are sometimes known as “non-technical losses” run at approximately two per cent annually, amounting to $7 billion. In the UK, the UK Revenue Protection Association – a trade association for those involved in energy theft detection – estimates the scale of the problem at no less than £300 million per year.

In the developed world, much of this energy theft is conducted when users manipulate or tamper with the meter measuring their consumption, or even by-pass it entirely. Paradoxically, the temptation to commit this crime has grown with the roll-out of smart meter-installation, meaning more homes no longer have quarterly or monthly visits by meter readers, says Donald Fisher, senior director, Energy Solutions, Software AG.

Since householders know it will be a long time before anyone actually sees the meter, some feel at liberty to begin stealing energy. The scale of individual theft can vary greatly in the domestic context, but when illegal marijuana-growers set up their indoor farms, each operation abstracts large amounts of electricity.

In the UK there are an estimated 25,000 electricity theft cases each year and about a third of the electricity stolen is thought by the industry regulator Ofgem to be accounted for by illegal cannabis growers.

The data is abundant, as these devices automatically take readings every quarter or half-hour and transmit them back to head office – a considerable contrast with traditional meters, from which a monthly or quarterly record is taken by the visiting meter reader.

Of course, for a utility company with millions of customers, sifting through the smart meter data manually looking for suspicious behaviour would take up a huge amount of time.

But it is now perfectly possible to build a predictive model, deploying streaming analytics and advanced algorithms that will quickly detect a customer’s deviation from their normal pattern of use, flagging up suspicious drops in consumption.

Building the model starts by creating a detailed load profile of consumption at a premises or household over a 24-hour period, showing the increases and declines over the course of the day.

By using these profiles, comparisons can be established between individual accounts and a group that should have similar profiles of use, based on factors such as household size or location. Much of the basic segmentation of customers by tariff and postal code required for the model has already been conducted by utility companies.

Tariffs will indicate whether a domestic user is entirely dependent on electricity for cooking, heating and cooling, for example, or has a mix of energy sources.

Other factors include the structure of the premises, the age of the home, level of insulation and type of heating or cooling system installed. Much of this information can be gleaned from public sources.

Over time, the accumulation of data allows the predictive model to be created, placing customers in similar homogeneous groups, giving a good indication of what their normal pattern of use should be and allowing any deviations to be detected.

Geographical segmentation by postal code can also be used to reveal addresses that show anomalous patterns of use when compared with neighbours.

Energy theft detection clearly focuses on dips in consumption, but the indicators need to be sensitive, since thieves frequently steal only a proportion of what they require, aware that zero consumption will quickly raise the alarm.

Data from many sources Picking up a departure from what is established as the normal level of consumption is crucial, but other important data have to be drawn in as part of the context, as there are many legitimate reasons why energy use might drop off. This could include maintenance works, power outages, damage caused by a storm or interference from nearby construction projects.

All of these factors need to be taken into account and by using streaming analytics and advanced algorithms they certainly can be, along with temperature and time of day.

So when, for example, meter sensors notify the utility company that the device may have been tampered with and has lost current, the company’s analytics immediately correlate this alert with all available information from its management system.

This may then indicate that no company maintenance work was scheduled at or near this site, that the customer had not given any prior notification of electrical or building work at the address and nor were there any outages in the area.

Very quickly the system has established a strong likelihood of suspicious activity and the address is placed on a list of suspect sites that is passed to the utility’s recovery arm.

Then the investigators must be able to access all information about the suspects in terms of their historical patterns of consumption and billing – whether they owe the company any money or have a poor payment record.

Clearly, it is not possible to use these exact methods when electricity thieves hook up illegal marijuana farms to the grid in rural areas, by-passing any meters. However, utilities can install meters on the grid or distribution system, so that for example, a line serving 20 customers can be monitored.

Their respective load profiles can be aggregated to provide one single profile against which actual use can be monitored via the meter.

Once suspicious cases have been handed over for investigation by the utility’s revenue recovery arm, business process management tools then allow the entire process to become fully visible to managers, who can see how many investigations are under way, the estimated total of losses associated with them and the length of time it is taking to process them.

By giving the entire system this level of transparency, administrative bottle-necks are quickly identified and the business has a detailed understanding of how well it is pursuing suspected energy thieves and the costs associated with it. Any under-resourcing of departments will quickly be apparent from the number of cases that are left un-investigated or incomplete, or from the amount of time it takes to conduct the work.

From end-to-end, then, the utility companies’ roll out of smart meters will open up new opportunities for detecting energy theft. The real key is being able to understand each customer in relation to a similar, but homogeneous group.

To do this, a utility company needs the tools that enable it pull together all the data and to correlate it to provide meaningful insights. It is the insights that utility companies currently lack. Although they have increasing amounts of data at their disposal from the expansion of smart meter installation programmes, they still really do not know the real nature of their problems. They remain in the dark about the true extent of energy theft and the only way to find out more about it and take effective action, is to build a predictive solution.