Home › Blogs › What can IoT learn from smart grid? 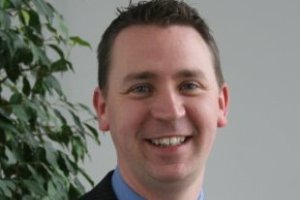 Behind palisade fencing, tucked into boundary walls and hidden inside bodmin-green glass reinforced plastic houses, are thousands of assets invisible to the general public. Made even more inconspicuous by their battleship grey paint are the switches, transformers and feeder pillars that make up our electricity distribution network.

Around 2007 there emerged a concept, a phrase that had the potential to revolutionise our distribution networks; the smart grid. As Steven Burns of Silver Spring Networks says, smart grid was the ethos that would transform a passive infrastructure into a dynamic and responsive facilitator. To its credit, the UK Government responded to this rallying call and established the Low Carbon Networks Fund (LCNF), and UK distribution network operators stepped up with innovative projects to make the Smart Grid a reality.

During this period, I was employed within the Strategy department of a UK distribution network operator (DNO) and don’t mind admitting I was caught up in the propaganda. In fact, I was at times positively evangelistic about the potential of smart grids.

A new kid on the block

Within the last couple of years, we have witnessed an emerging shiny new market that is capturing the imagination and generating a buzz with similar DNA to that of smart grids publicity nearly a decade ago, smart cities and the Internet of Things (IoT). Centring on the connectivity of everyday objects, IoT proposes an unprecedented level of information allowing cities and organisation to shape services and infrastructure management to the greater benefits of their citizens.

But with the influx of enthusiasm and energy surrounding IoT, could we be at risk of history repeating itself? Here are four key pitfalls that I think we would do well to avoid in the emergence of IoT.

And the Kitchen Sink

The first year of the LCNF saw an unequalled level of submissions, as all UK DNOs put forward plans to test at scale. However, due to the wide scopes, high level of external dependencies, and a change of economic climate, many of these projects struggled to deliver on their promises and had to reign scopes back in. What did emerge though was a realisation that smart grids were not one uniform template, but the development of additional tools in the distribution tool kit, practices that would complement established solutions.

The emergence of the first wave of smart city projects seems to have a similar flavour as cities clamour to be the first to demonstrate the definitive project.

For IoT projects to develop a positive cost benefit case, they must therefore focus on what genuinely cause councils and cities a headache and generate novel solutions.

Day to day operations for electricity networks are generally run through centralised network operations centres linking monitoring, communications and control functionality together. Smart grid applications have taken this further with additional network monitoring reaching out to the furthest branches of the system.  This control ethos naturally leads to data being gathered back to a centralised location. The problem has then been, what do we do with all that data?

The assumption was that if data was being measured it should be collected as it might just come in handy, but that analysis with manual tools such as spreadsheets was akin to looking for a needle in a haystack.

This has led to two notable trends in smart grid data applications. Firstly DNOs have begun to invest in specialist analytics tools that draw on the expertise of third parties to reveal hidden truths about the system. Secondly there is an emerging trend towards distributed intelligence. Processing data in the field reduces the burden on communications infrastructure and database storage as mundane data is discarded and important events flagged.

This approach will ultimately accelerate data analysis but further benefits can be delivered through distributed intelligence. For example applications in Glasgow already take traffic flow data and process it in the field to influence lighting levels, moving away from the purely centralised approach.

The application of distributed intelligence improves efficiency further reducing the reliance on human intervention. For cities a wider pool of analytics resources will be available to help understand the data, but the learning should be applied to inform further decisions about data gathering and where it is ultimately consumed.

Oh, and we need to make it talk

For many years, electricity grids have relied on communications infrastructure to improve reliability and aide operations. However developments in Active Network Management (ANM) and Low Carbon Technologies mean that communications are being pushed further down the network, but their performance requirements are increasing.

This has been one of the key challenges for smart grid: how to provide the last mile communications to the furthest reaches of the electricity network. So what can smart cities learn from advances with smart grid communications? Firstly, the choice of communications cannot be an afterthought. Defaulting to the easiest option will ultimately lead to limitations in capability and reduce benefits. Secondly there need to be clarity on performance and functionality requirements. These must include appropriate levels of cyber security that is designed from the ground up, rather than bolted on as an afterthought. Finally any choice of communications must be forward leaning, – a solution that has the ability to grow with future requirements.

Whilst no technology is 100% future proof, a few key questions must be asked – What are the future use cases? What about peer to peer applications? If this becomes critical infrastructure, how do we manage that network? What is the expected life span of the technology? Answering these will ultimately ensure that any communications platform applied for IoT will ultimately deliver the performance and longevity required for both current and future applications.

So where is this Smart Grid?

There was a sense that by now smart grids would have spawned a multi-billion pound industry and modernised electricity networks. However, regulators in particular have vented frustration that the speed of change has not been faster enough.

LCNF has demonstrated some marvellous technology but for everyday deployment, it has to deliver a positive business case. R&D can create an artificial bubble that allows technology to develop in an environment insulated from full commercial reality, and so it should. Without it many of the developments we have seen would not have happened, but transitioning to deployment requires delivery of real benefit otherwise it simply becomes a science project.

Smart Cities are still in their early phases as many innovative new use cases are being scoped. Not all applications will make it to full deployment, but the key is going to be spotting the areas that have a real business case and solve a specific problem. For the IoT to realise its full potential, a number of key use cases will have to emerge that generate significant benefit for cities, and others will follow. However we should not fall into the traps of assuming everything will become business as usual, or that all of the key use cases have even been developed yet.

For companies attempting to navigate the unworn paths into IoT deployment, the risks are clear. Attempts to define the de facto smart city are already pulling pioneering organisations away from defining clear and deliverable use cases. Huge data warehouses are being produced with the view that one day, the data might be useful. With huge data requirements come huge communications requirements, not to mention the challenges associated with ensuring resilience. Add to that the added pitfall of never ending trails that fail to mature to a wider rollout and it makes for a hazardous looking landscape.

However, on the plus side, IoT and smart cities pose a huge opportunity to revolutionise civic infrastructure through the development of targeted use cases. Time will tell how quickly the IoT industry will mature, and more importantly for those pioneering organisations, who the winners and losers will be.

Steven is a Chartered Engineer with over 16 years’ experience in electricity distribution. In 2014 he joined Silver Spring Networks where his primarily focused on developing solutions for Smart Grid applications. In addition he is involved in a number of flagship Smart City projects with particular responsibility for deployment. Steven lives in Nottingham UK with his wife and children. 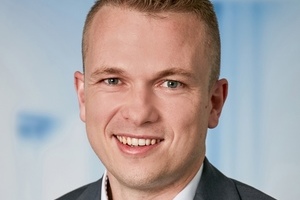