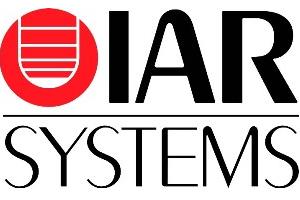 IAR Systems is releasing a new version of its high-performance C/C++ compiler and debugger toolchain IAR Embedded Workbench® for ARM®.

To cope with today’s increasingly complex software development and meet tight project deadlines, development teams need to find ways of improving their efficiency and ensuring the quality of their applications. With debugging constantly being a large part of embedded development, this is an important focus area for efficiency efforts.

Trace lets developers observe the effect of the program as it executes on the device and use techniques such as full instruction trace and function profiling. This allows them to analyse and improve the application’s performance, as well as find bugs that can be hard or even impossible to identify any other way. The trace is non-intrusive and does not affect the program’s real-time behavior, and the information is available in real-time in IAR Embedded Workbench.

IAR Embedded Workbench is the world’s most widely used C/C++ compiler and debugger toolchain for developing applications for devices based on ARM processors. It incorporates a compiler, an assembler, a linker and a debugger into one completely integrated development environment. The toolchain is available in several editions, including a product package that is designed specifically for the ARM Cortex-M core family.