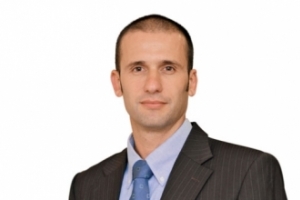 As the Internet of Things (IoT) becomes larger and larger, the list of communications protocols vying to power the extensive wireless wide area networks (WAN) that the infrastructure will require grows both longer and more complex.

And the typical alphabet soup that tends to take shape in all areas of technology can cause even seasoned telecom professionals to head off to acronymfinder.com to seek counsel, says Eran Eshed, co-founder and VP Marketing and Business Development at Altair Semiconductor.

On one hand are the various LTE-based (Long Term Evolution) options, a series of advancements to technical specifications promulgated by 3GPP. While LTE has become synonymous with the faster 4G mobile data services now offered by many cellphone service providers, it also has three iterations specifically applicable to M2M/IoT that are optimised for progressively lower bandwidth and (therefore) optimal device power consumption requirements. These are Category-1, or Cat-1, Cat-0, both in early implementations, and Cat-M, which correlates to the upcoming 3GPP standard 13 release, but is unlikely to be commercially available before 2017.

In a bid to expedite this somewhat staggering development of LTE for IoT – often complicated by disagreements on the course of future standards – private vendors have sought to develop new wireless technologies from scratch, aiming to position themselves as “IoT optimised” for their low power and cost. Given that the IoT market is expected to comprise 5 billion device connections by 2022, consumer appetite is strong for a faster means to market.

LPWA (Low Power Wide Area), unlike LTE, is available to non-mobile network operators (MNOs) because it can operate over unlicensed, spectrum, including the <1GHz ISM bands, TV white-spaces and medical and industrial bands.  Closed-source, or proprietary, vendor technologies, such as SigFox and LoRa, stand out in this recently emergent area, creating, effectively, an additional potential IoT ecosystem, in addition to the more orthodox LTE space, and exponentially increasing the availability of potential network operators to enable IoT connectivity.

Significantly, using different frequencies opens the possibility of the creation of dedicated physical IoT-only networks, such as what SigFox is creating in France. Cost per connected unit remains the most significant hurdle to the growth and adoption of IoT, which is why the course of that protocol is charted heavily towards increasing power efficiencies, which translates into longer operating battery life. LPWA offers several benefits in this respect. Unregulated networks are easier and less costly to deploy. In addition, IoT-specific networks can be optimised for the low-payload environment in which applications often need to operate to ensure proper battery life.

There are also, however, substantial technical drawbacks that reduce their prospective usefulness for many IoT use-cases. These include lower immunity to interference; limited protocol support for key featured such as firmware updates and device management, security concerns, and often also encumbrances on allowable duty cycles and restrictions on whether devices can initiate communication or merely receive. There are also some vendor-specific reasons such as lengthy latency periods. Furthermore, not all IoT use-cases involve sensors and ultra-low data overheads.

Collectively or singularly these can prove fatal to several prospective IoT uses, many of which involve engagement with the government sector in the form of ‘smart city’ technologies or the enablement of business-critical functions, such as smart metering. A gas meter device that needs to be closed remotely within five seconds of receiving an event notification requires latency that most LPWA vendors cannot offer.

While LPWA offers several advantages that may appear immediately compelling to consumers, it is our opinion that the stability and standardisation of operating on the global LTE bandwidth will provide the most robust support for the future of M2M communications and IoT.

The author is Eran Eshed, co-founder and VP Marketing and Business Development at Altair Semiconductor.

Eran Eshed is a developer of single-mode LTE chipsets. Altair’s portfolio covers the complete spectrum of cellular 4G market needs, from supercharged video-centric applications all the way to ultra-low power, low-cost IoT and M2M. Altair has shipped millions of LTE chipsets to date, commercially deployed on the world’s most advanced LTE networks including Verizon Wireless, AT&T and Softbank. The company’s customer roster includes some of the world’s leading OEMs and ODMs, including Hewlett-Packard, ASUS and D-Link, and most Asian ODM LTE product developers.