There is a better way to market the smart home and consumer Internet of Things: Part 1 - IoT Now - How to run an IoT enabled business

Home › Blogs › There is a better way to market the smart home and consumer Internet of Things: Part 1 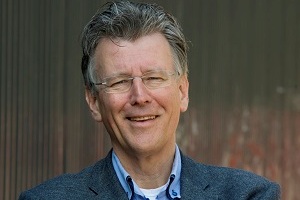 Almost every technology media outlet – consumer, trade and engineering – has been writing about the ongoing avalanche of technology for the home. It is the next big thing. Incredible predictions are being tossed out by the analyst community and industry players, says Cees Links – founder & CEO GreenPeak Technologies.

Deloitte predicts “in 2015 one billion wireless Internet of Things (IoT) devices will be shipped, up 60% from 2014, and leading to an installed base of 2.8 billion devices.”

“By 2020, more than 5 billion people will be connected, not to mention 50 billion things”, according to World Economic Forum.

Cisco says “The IoT is a world where up to 50 billion things (or devices) will be connected to the Internet by 2020; or, the equivalent of 6 devices for every person on the planet.”

These are big numbers and amazing forecasts for the future growth of the IoT market. Sounds wonderful – no need to worry, right?

However, these cheerful predictions might not come to pass as there is a growing undercurrent of industry grumbling and complaining that the IoT and Smart Home revolution seems to be taking a lot longer than it should. Why?

There are several reasons but a key issue has been the infighting among the CE industry behemoths about whose protocols and platforms will be the base of this new technology. How do we make all these things talk to each other? There are many players all battling – and new ones are popping up all the time. This is creating an atmosphere of uncertainty and mistrust. As a result, the device makers and the solution providers are confused and don’t know which way to turn.

Whose technology protocols should these manufacturers incorporate into their gear? Should they adopt ZigBee, Apple’s HomeKit, Allseen Alliance/AllJoyn, or Intel’s Open Interconnect Consortium? Other 802.15.4 technologies? There are too many competing choices.

Graphic 1: This chart provides an overview of the many competing standards and protocols that an IoT device developer needs to evaluate and compare to ensure product success.

Instead, to protect against future technology changes, maybe the device makers should design in wireless connectivity chips and software that will work with a variety of protocols? That’s complicated and expensive.

Also, as you can imagine, if the device, appliance and system developers are confused about future directions, the actual end users and application designers are even more bewildered.

This market battle that is slowing down the adoption of the IoT, has been covered by the various pundits and analysts covering this emerging market.

Do consumers really want an IoT

Another reason why the Smart Home revolution seems to be taking much longer is the fact that the terms themselves – Smart Home and IoT – are ill conceived and not really very appropriate.

Too many people – industry leaders, media, analysts, and end users – have confused the concept of “smart” with “connected”. Most devices – labeled “IoT” or “smart” – are simply connected devices. Just connecting a device to the internet so that it can be monitored and controlled by someone over the web using a smart phone is not smart. Yes, it may be convenient and time saving, but it is not “smart”.

Smart means intelligence. Smart means the device and solution can analyse the incoming data and then make a decision to control or activate a device within the home or facility – without having a human being required to press the on/off button. Most current so-called smart devices are little more than internet-enabled remote controls.

In the home, “smart” means a network of sensors in the house that measures and monitors the environment – more than just “what is the temperature”. This can include who is in the home, where are they in the home, what is the “normal” activity in the home at that particular day and time? And then, by using intelligence and information that the system has learned about the residents, it makes a decision whether or not to open windows, turn on or off the heating, airco, lights or entertainment system, to activate the security system, etc. If there is a leak in the water system, it turns off the water and notifies a repair person.

What about the so-called wearables? Many people are currently strapping “smart” bands on their arms that monitor their health and condition. However, these are not smart. If they were truly smart, the bands would transmit their data to a personal online coach which would interpret the data and then provide direction and motivation to the person to change their behavior in order to live a healthier life. Graphic 2: A “personal online coach” is what is needed to transform health wearables into a smart solution that truly benefits the wearer. It is nice to know how you are doing but it would be much better to know how to improve and to receive feedback and coaching.

The author of this blog is Cees Links – founder & CEO GreenPeak Technologies.