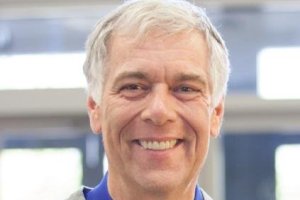 The Open Interconnect Consortium (OIC) has announced is to acquire substantially all of the assets of the UPnP Forum. In exchange, OIC will offer membership to UPnP Forum members, in a move designed to consolidate Standards Efforts for Internet of Things (IoT).

The agreement will streamline and consolidate efforts around both organisations’ technologies and infrastructure, leading to increased alignment on standardisation for the IoT. Specific membership transfers will be announced after the transaction closes at the end of 2015. Terms of the deal have not been disclosed.

Gartner predicts that there will be 21 billion IoT-connected devices in use by 2020; by that time, there must be an accepted common standard in place to ensure these devices are able to communicate and operate in the capacity they were designed for. This asset transfer with UPnP Forum is the OIC’s latest step in ensuring interoperability.

“We’re thrilled to join the Open Interconnect Consortium and have the opportunity to leverage their industry-leading technology in UPnP’s already massive suite of market-ready devices,” said Scott Lofgren, president of UPnP Forum. “UPnP devices play a unique role in the Smart Home that will dramatically enhance OIC’s effort.”

OIC will form a new UPnP Work Group to maintain the UPnP specifications, and certification tools within the overall OIC organisation. OIC will offer legacy UPnP certification for a fee to companies who choose not to join OIC.

“Fragmentation amongst IoT protocols and standard bodies has been one of the hurdles for wider industry adoption. Developers need to work together to ensure compatibility among protocols. VDC believes that OIC’s acquisition of the UPnP Forum’s assets is a positive step in building out the necessary infrastructure to deliver the promise of IoT,” said Christopher Rommel, VDC Research.