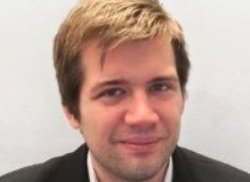 Machina Research has published a strategy report discussing the market for Low Power Wide Area (LPWA) networks. These networks will play a decisive role in the enablement of IoT applications, but as a technology market they are characterized by complex and possibly persistent fragmentation.Having actively tracked the evolution of LPWA networks ever since they started emerging around 5 years ago, Machina Research has now published an extensive Strategy Report on their current state and expected future scenarios. The year of 2015 has seen a growing momentum for what is known as “dedicated” LPWA, which includes the new purposely developed alternatives from players such as Ingenu, LoRa Alliance, and Sigfox.

Meanwhile, the ongoing standardisation work within 3GPP, covering the LTE-M and NarrowBand IoT initiatives, is paving the way for the arrival of “cellular-based” LPWA. The new cellular standards are scheduled to be finalized in 2016, and much about this market’s future depends on how successfully the likes of Ericsson, Huawei, Intel, Nokia, and Qualcomm will be able to co-operate on them. Following a careful assessment of the key factors, Machina Research predicts that the future scenarios characterised by increasing fragmentation are likelier than the ones involving the consolidation of technologies.

The report author, principal analyst Aapo Markkanen commented: “While it is true that today’s cellular ecosystem remains reasonably well-placed to take advantage of the benefits of incumbency, it would be unwise to collectively write the dedicated form of LPWA off as a technology fad, or a ‘new WiMAX’. After all, these are the technologies that are empowering enterprises’ IoT strategies already right now – and not in two or three years’ time.”

He also added: “Considering how profound the IoT’s impact will be across industry verticals, it is not necessarily prudent to advise an inevitably affected enterprise to wait another ‘couple of years’ because a potentially more promising technology option is just round the corner. Those couple of years might be the difference between disrupting and being disrupted.”

To manage the current level of uncertainty over network roll-outs and technologies’ real-life performance, Machina Research, for example, recommends enterprises to build their deployments on the premise of a “minimum viable lifespan”, rather than simply trying to maximize their longevity from the outset. This means that a system that would ideally be designed to run for, say, 10 years unchanged is instead planned for 6-7 years. Even if the 10-year timeframe would bring a better direct ROI, it is assumed that the gains of upgrading the system’s hardware and/or software elements after the year 6 or 7 will more than offset the costs of an early replacement. Aiming for the highest lifespan that is technically possible makes sense only if the outlook for the relevant hardware and software markets is stable – which in today’s IoT typically is not the case.

Machina Research’s new Strategy Report ‘LPWA: Disruptive new networks for IoT’ has three main sections. The first one includes an updated definition of LPWA – explaining what it actually is in the form of the defining criteria and additional characteristics. The second section of the report provides a descriptive analysis of the most significant LPWA technologies and the ecosystem that supports them. The report’s third section consists of commentary on a number of market issues that are currently subject to a level of confusion, and that in Machina Research’s view warrant clarifying commentary. Finally, the report will end with the conclusions of the analysis, and recommendations that Machina Research has for various parts of the ecosystem.