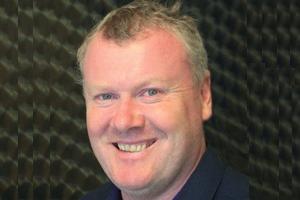 If there’s one often overused – and sometimes abused – word that sums up the last few decades of human history then it’s diversity. Advances in transport and communications technologies have brought widely different people, places, ideas and cultures into close proximity with one another. Moves from mass manufacturing to just-in-time techniques have also driven an explosion in consumer choice.

Meanwhile, the concept of managing diversity successfully remains central to the longer term IoT project. Many business models involve gathering different types of data from different sensors and devices – and then analysing it and expressing it in different ways to different parties. Whether it’s a single IoT based supply chain or an entire Smart City, the whole truly is greater than the sum of its parts.

But diversity also raises its sometimes problematic head in the realm of those wireless technologies that will underpin the IoT’s success. The world’s radio engineers have developed a wide spectrum of radio technologies – each with its own strengths, weaknesses and IoT application sweet spots. With so many other segments of the IoT world attracting attention, it’s all too easy for the critical role that antennas play in the entire value chain to be forgotten.

IoT Now’s editor, Alun Lewis, recently sat down with Ronan Quinlan, one of the founders of antenna specialist Taoglas – and its joint CEO along with cofounder Dermot O’Shea – to discuss the role that his company and its products and services are now playing and the specific challenges this sector now faces in making wireless connectivity ubiquitous, reliable – and more diverse and more sensitve than ever before to cope with fast changing technologies and use cases.

IoT Now: Ronan, for probably the majority of players in the IoT world, the subject of radio antennas remains an arcane and esoteric world involving some kind of alchemy that makes base materials sensitive to radio waves. Ask your average layman what an antenna is and they’ll probably still visualise a length of wire sticking out of something. What’s really going on – and what will this mean for the future of the IoT?

Ronan Quinlan (RQ): The high tech industry has short memories and it’s all too easy for us to forget how far antenna technologies have come in only a short space of time. It wasn’t that long ago that you’d need to hire another mobile phone when you went abroad to handle the differences between GSM and CDMA. Look at what comes as standard in most handsets: you’ve got multi-band, multi-mode cellular capabilities plus GPS, Wi-Fi, Bluetooth and, increasingly, NFC – all with no apparent impact on original form factors. That’s a major feat of engineering by often unsung teams of engineers, working across multiple specialist fields, to design, build and integrate those functionalities cost-effectively, often under intense time to market pressures.

Now, when we look at antenna issues specifically in the M2M/IoT space, there are both similarities – and significant differences. Take the sector where Taoglas essentially started – GPS vehicle tracking – which has now evolved into telematics. What once involved a dedicated device is now a standard part of almost any vehicle’s design – soon to be mandated by law on new cars in many regions for emergency positioning such as eCall in the EU. What’s more, this has to share ‘space’ in a number of ways with other wireless systems.

For example, the typical ‘shark fin’ antenna that most readers will have sitting on top of their cars conceals levels of antenna design and integration – and some aerodynamic styling – that would have been impossible to achieve only a few years ago. Look at the variety of radio systems now in cars that we take for granted. For a start there are the infotainment systems that use AM/FM, DAB, SDARS and in-car Wi-Fi, Bluetooth and TV. On top of that, you also often have a full range of 2G, 3G and 4G cellular services to support. There’s obviously GPS for positioning and navigation, radio for Remote Keyless Entry or Tyre Pressure Monitoring applications, plus a growing range of automated Vehicle to Vehicle (V2V) functions – not forgetting collision avoidance radar. Finally, there’s also the issue of having backup antennas as required by eCall type laws for situations when a car might end up on its roof through an accident.

Indeed, the potential of the whole Connected Car concept – and the part that Taoglas’s design, production and service skills can play – led us to open a dedicated design and support facility in Munich in October this year largely to support this market via German automotive OEMs.

IoT Now: That recent Munich opening seems to highlight the very international flavour of Taoglas that you emphasise a lot in your marketing material, with R&D, manufacturing and test resources distributed across Ireland, Taiwan and San Diego in the US. What’s the story behind that?

RQ: A lot of it, as ever, comes down to serendipity – backed up, I’d hasten to say, with a lot of serious strategic planning. From humble beginnings, Dermot O’Shea and I have grown Taoglas to be the only IoT antenna company that’s truly operating worldwide, servicing regional customers from our local test labs, whether it be a start-up or the largest car OEM – a one-stop-shop for products and RF services. We are going to keep opening operations and test labs in other countries in 2016 at a rapid pace, so watch this space!

We founded Taoglas in Taiwan which gave us access to some superb radio design engineering skills and manufacturing resources. We concentrated very heavily in our early years on innovation and development in ceramic antennas and soon developed close links with major players such as Gemalto and u-blox. We developed innovative products for the global M2M embedded automotive market. Today we manufacture the majority of our antennas in Taiwan, and some of the highest end ones in Ireland and San Diego. For customers such as Advantech in Taiwan we supply combination antennas which helps them service the M2M and vehicle market.

Our physical presence in the USA began around four years ago when Dermot relocated to San Diego to progress the operations there– a city where there’s obviously a lot of resident expertise in radio technologies thanks to Qualcomm’s historic presence there. The USA’s global lead in LTE deployments gave us advanced access to insights into the radio engineering issues involved and since then we’ve built a significant success in relationships with carriers like AT&T and MIMO , initially supporting their telematics offerings. Our MIMO solutions are being used by customers such as Sparks Police Dept in Nevada who use our five-in-one Pantheon MA.750 external antenna that supports GPS/GLONASS, 2×2 MIMO Wi-Fi with 2×2 LTE MIMO.

And, not forgetting our home turf in Ireland, we’ve also continued to invest, through a tripling of our facility space this year, a planned-for opening of a millimeter wave test lab in Wexford, and through a joint R&D programme with the Dublin Institute of Technology on advanced antenna technologies.

IoT Now: Diversity also raises its head in the sheer range of new wireless technologies now emerging from various laboratories to both compete with – and complement – existing standards. What do you see that’s hot at the moment?

RQ: In an IoT context, it’s obviously got to be the newer flavours of LTE being adapted for this market – more specifically LTE-M – as well as EC GSM for those service providers looking to use that spectrum. Then there are also the proprietary and semi-proprietary Low Power Wide Area (LPWA) network technologies, though how they’ll play out eventually given the sheer scale of likely planned LTE IoT service deployments is another question and our feeling is that LTE-M is likely to become dominant.

We’re also seeing a lot of potential in the new mega constellation LEO satellite services, especially for broadband internet backup in gateway devices – or to bring connectivity to remote parts of the world. With the huge cost decreases made possible by using these services, this should enable the millimetric realm to finally be used on a commercial mass market scale – a truly global Internet of Things.

IoT Now: Your collateral also emphasises the services and support side of things – presumably you see that as being a key differentiator?

RQ: We’ve understood right from the start that there’s much, much more needed if you’re to be successful in the antenna business than just excellent engineering. Performance certification is increasingly critical when mission and life-critical communications are involved as they are in much of the IoT, so we track and test every antenna that we supply, enabling us to rapidly identify any variations from the specified – and contracted – metrics. That also helps our device manufacturer customers get the necessary regional type approval from organisations like the CTIA PTCRB board and the FCC – we’ve already done much of the heavy lifting involved.

We also realised that the biggest problems facing our customers almost always involve integration issues and the impact that different configurations of antennas, components and their location have on the eventual performance. Not only do we provide a service to our customers to help them integrate radio connectivity efficiently and cost effectively, but we are the first in the industry to have standardised this in a spirit of openness, with clearly defined costed and timed service packages, from initial feasibility studies right through to custom antenna designs and full hardware reviews. This means that projects will be done on time and within budget – and in a matter of weeks rather than months.

With an industry moving as quickly as the IoT sector is – and the sheer diversity of applications that are being found for the technology – it’s crucial that we’re also as sensitive as we can be to our customers’ own strategies and, indeed, of their own customers further down what seems to be an ever-lengthening value chain.

Ronan Quinlan is co-founder and joint CEO of Taoglas and has over 18 years’ experience in the electronics industry. His expertise in this area covers a broad spectrum, with a key focus on production, quality processes, and antenna and wireless product development.  Ronan oversees all product development within the company and has overall responsibility for Taoglas EMEA region and Taoglas Taiwan operations.

Ronan is a pioneer in the machine-to-machine antenna market and advises companies worldwide on their antenna strategy.  He is responsible for co-developing and designing some of the industry’s most innovative antenna technology – launching the world’s first ceramic SMD high efficiency hexa-band cellular antenna, the PA.25 (The Anam). Ronan earned an Honours Bachelor degree of International Commerce from University College Dublin, Ireland and a Diploma in Mandarin Chinese from Taiwan Normal University.