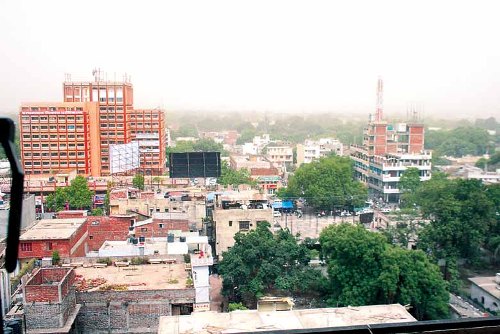 Cyan has signed an deal with Enzen Global Solutions Pvt. Ltd. for a commercial smart metering implementation for Paschimanchal Vidyut Vitran Nigam Ltd. (PVVNL) in Uttar Pradesh, India.Cyan will act as Enzen’s solution provider for smart metering, providing more than 13,000 smart meters and associated hardware and software. Cyan’s head end software will be provided as a managed service hosted by Cyan and charged on a per meter per year basis, delivering a recurring revenue stream.

The first meters are expected to be installed and commissioned in H1 2016, and the current order has an initial value to Cyan of approximately UK£0.5 million, including recurring revenue derived from Cyan software offered as a managed service.

PVVNL is a public utility responsible for power distribution to more than 3.5 million consumers across 11 districts in Uttar Pradesh, northern India. PVVNL is implementing a smart metering solution to automate its meter reading and billing process to ensure regular and accurate bills. Benefits of the smart metering deployment for PVVNL will include a reduction of the cost to service customers, as well as providing data to reduce Aggregate Technical and Commercial losses and to improve peak load and power outage management.

Enzen was awarded a contract to provide an RF based smart metering system to PVVNL in October 2015. Cyan will act as Enzen’s solution provider and will deliver both third party sourced smart meters as well as Cyan’s full end-to-end communication platform. The contract was awarded following a full open tender process where both the bidders put forward proposals based around Cyan’s sub-GHz communication platform and Enzen were selected.

As part of the contract, Cyan’s HES will be provided as a managed service, charged on a per meter per year basis, initially providing a recurring revenue stream for two years after deployment, with an expectation to continue following the initial period. The smart metering solution is expected to be delivered in phases with the first meters to be installed and commissioned in the first half of 2016 and with all the meters deployed and commissioned before the end of the year.

This order follows the £1 million smart meter order from Enzen which Cyan announced in January this year and reconfirms Cyan’s leadership status in the smart metering solution market in India. The new order from PVVNL will be Cyan’s second commercial implementation of AMI technology by a public utility for consumers in India.

John Cronin, executive chairman of Cyan, commented: “We are delighted that Cyan’s technology has been selected for  a second time by Enzen in a commercial smart metering deployment at a public utility in India. Enzen is a well-regarded partner for many public utilities, and has successfully implemented projects for utilities across India. Through our ongoing relationship with them, our collaborative approach and experience of creating energy ecosystems, Cyan will continue to build its position in the Indian energy sector in the coming months.”

Satheesh Kumar, chairman and CEO of Enzen, commented: “We are pleased to be partnering with Cyan to deliver our second smart metering solution for a public utility in India. Cyan provides an end-to-end solution developed for the Indian energy market. Its business model and experience enables Enzen to offer its customers flexible solutions, delivered using robust, highly resilient infrastructure.”