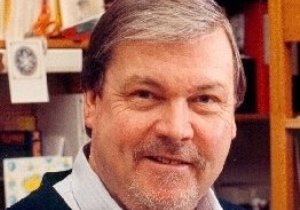 A spread-spectrum, bi-directional technology that transmits sensor data over several miles and through buildings has to be a winner. Bob Emmerson went to a recent LoRa® Alliance event in Rotterdam to assess the current state-of-play.

It was a busy event: 500 attendees and 35 tabletop exhibitors. It’s early days, but it was clear that that momentum is building behind the technology and this slice of the IoT action is gearing up for the creation of a set of next-gen applications. They’re next-gen because LoRa isn’t a substitute for long range, high capacity cellular systems. Instead it has been specified for battery-operated devices as well as IoT apps that only transmit data intermittently at very low rates. In a nutshell it’s fit for purpose, says the independent M2M writer and analyst, Bob Emmerson.

Two vendors were showing ways of minimising time to market and avoiding the risks associated with the development of new hardware and firmware. 1M2M showed a tracker module, an off-the-shelf device employing a 52 mm x 53 mm PCB that is packed with on-board sensors and interfaces. Too many to list, but it includes a mesh capable radio, a radio for short range wireless sensors, a combined LoRa and SigFox LP radio as well as a 3D magnetometer, a 3D accelerometer and a barometer. In addition, 1M2M have an application service, which means that anyone who has a good tracker idea can get it turned into software and into a device in a matter of weeks.

The other vendor is AMIHO Technology. Their LoRa® offer takes customers from proof of concept through to mass production. Initially they use an evaluation kit that provides hardware and software tools to help evaluate, develop, test and debug applications. In order to enable fast application development the kit employs a proof of concept dual band (169 / 868 MHz) module, for both Wireless M-Bus and LoRa. The module employs their fully-featured software stack and has integrated radio drivers. When the application has been evaluated, production-ready radio modules are available for trials and lower volumes and for high volumes the reference design and software stack can be integrated into the user’s device.

As illustrated, LoRa’s architecture is very simple. Sensor nodes, which can be 2-5 km away in dense urban environments, 15km in suburban, transmit data to a LoRa gateway, which can be an off-the-shelf product. The use of spread spectrum technology prevents communications with different data rates interfering with each other and that enables the creation of “virtual” channels, thereby increasing the capacity of the gateway. Semtech’s SX1301 gateway, for example, can accommodate tens of thousands of nodes.

KPN will roll out a nation-wide LoRa network next year and there was a proof-of-concept demo at the event. This development should make deployment a no brainer and it underlines the fact that this LoRa is set to become mainstream technology. The network, which has gone live in Rotterdam and The Hague, employs redundancy and uses multiple KPN data centers. In addition data are encrypted from start to finish.

The author of this blog is the independent M2M writer and analyst, Bob Emmerson.
He can be contacted at: bob.emmerson@melisgs.nl