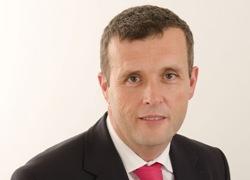 Many Smart City projects going on around the world at present also have a corresponding ‘Safe City’ angle to them and, given the budgetary pressures that many emergency service providers are under at present, there are important roles that the IoT – and the data that it produces – have to play in improving both efficiency and the cost effectiveness of these essential workers.

Airwave, operator of Great Britain’s emergency services communications network, recently released a white paper ‘Blue Light Futures’, looking at the role that new technologies can play in supporting police, fire and ambulance first responders and their associated back office operations. Alun Lewis, editor of IoT Now, recently spoke with Euros Evans, CTO at Airwave, to get his take on some of the opportunities and challenges in this critical area.

IoT Now: Euros, many emergency services around the world are already making the shift towards a more data-centric way of working. Critical voice communications, currently using TETRA or P-25, are now being enhanced by 3G or 4G connected devices as well, with the police, for example, using mobile apps to cut paperwork or bodymount cameras to collect evidence. What’s happening in the IoT context?

Euros Evans (EE): At the most personal level – that of the individual responder – there’s a slow but significant trend to exploiting one aspect of the current wearables trend. This can involve monitoring firemen for signs of impending physical distress via heart and temperature monitors so that they can be withdrawn from hazardous situations before they exhaust themselves or overheat. Sensors can also be fitted to a policeman’s gun holster, sending a signal that the gun has been drawn – again signalling to a despatcher that a critical situation is potentially unfolding and must be monitored closely. In medical and paramedic situations, there are also many uses of telemetry techniques to monitor a patient’s life signs and use these to provide remote specialist advice and inform the Accident and Emergency teams before the patient’s arrival.

IoT Now: Just judging by the number of conferences now taking place around the world, the subject of Smart Cities seems to be reaching the top of its hype cycle – possibly. How will these play out from the Blue Light perspective?

EE: One obvious idea that’s been long mooted here and applied in some settings involves what’s known as Greenwave – controlling traffic lights to get emergency services to an incident fast. Great in theory but, if you apply it in a big city, you could end up causing chaos elsewhere as there will almost inevitably be other emergency services vehicles heading in other directions on equally critical missions – especially if a major incident is underway. While the technology is here that alerts us to choke points for crowds and vehicles and allows us to tweak train schedules or traffic lights to clear them, they still usually need direct manual intervention. Some police forces already use sound sensors to locate gunshots and fire services can use data from increasingly smart buildings to track the progress of fires.

Interestingly as well, that other great generator of data in social networking contexts – humans – are also increasingly being collectively monitored. This isn’t personal surveillance of individuals, but instead involves using software tools to track Twitter and social media for key words that can provide advance warning of civil disturbances or give feedback on how major events like big fires or natural disasters are impacting a community.

IoT Now: Some of the examples you used there touch on issues of personal privacy and identity – what are the issues emerging here?

EE: What’s fast becoming clear is that information privacy can’t be reduced to a simple binary. Instead we should look at it as a series of concentric rings where appropriate data – about your health, your home, your car and so on – can be shared safely and securely with appropriate people at the right time and place and protected the rest of the time. Who wouldn’t want a paramedic to have access to your records if you have a specific health problem, or a business owner allow a senior fireman to be able to access a building’s plans to save further damage. These issues have to be firstly recognised and then discussed between politicians, the emergency services and the communities that they serve. The IoT is already starting to touch every aspect of our lives and that includes the services that we rely on in the event of personal or civic emergencies.

Euros Evans was appointed as CTO for Airwave in May 2008. As well as being responsible for technology, Euros also leads and manages product and solutions development and security. During his career in the telecommunications industry, Euros has worked in many functions, including marketing, IT, technology and operations and has led and delivered many large complex projects, engaging and managing suppliers both within the UK and off-shore. Euros holds a BA in Mathematics and Computing. 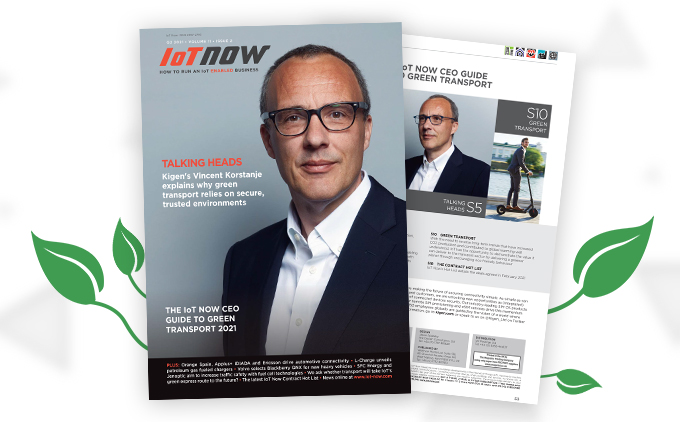