Home › Expert Opinions › The role of wearable technologies in enterprises 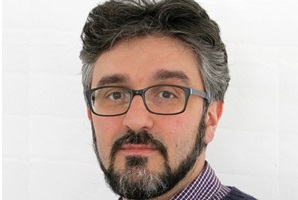 The recent news that the seven millionth Apple Watch has been sold raises critical questions for the smart watch community – and the wearable consumer device community more generally, writes Saverio Romeo, principal analyst at Beecham Research. Apple has shown once again that taking a multidisciplinary view of consumer products is key to transforming a nice piece of technology into a lifestyle item and that that ethos is at the heart of Apple. It is difficult to move from pure engineering to add sentiment and feelings – technology meets aesthetics – and it’s in that cross-disciplinary mix that lies Apple’s competitive advantage.

That said, strong engineering design principles and profound technology know-how have also moved the world of wearable devices for enterprises into fascinating new territories. Over the last two years, many market sectors and individual organisations have looked at wearable devices – some of them with a mix of curiosity and scepticism and others with clear ideas on how those technologies can serve their strategic and operational objectives.

We at Beecham Research have also put a strong research emphasis on this area, the reason being that wearable devices are a key element in the wider Internet of Things (IoT) vision. If the IoT is aimed at creating intelligent and connected spaces, then it’s through wearable devices that humans will often engage with those spaces. And, as the transformative power of the IoT vision touches sectors such as logistics and manufacturing, we will see the presence of wearable devices enhance the roles of humans, their productivity, their creativity and the quality of their work.

By combining wearable devices with context-aware software solutions and Augmented Reality, it becomes possible to empower access to knowledge systems in complex contexts, optimise processes and achieve higher levels of remote collaboration. Head-up displays are already used in some manufacturing production systems to ensure the right job procedure; in collaborative product design and prototyping; in the remote assistance of distant specialised workers; and in surgical theatres to enable surgeons to access critical data without being distracted from their main activities. More immersive Virtual Reality (VR) displays too are finding applications in areas such as training and education in medical schools, industrial design schools and simulations for the emergency services.

If VR displays appear futuristic in this context, the public safety and security sector has used wearable devices for some time in the shape of wearable cameras and smart glasses.

The medical sector is experiencing a unique evolution. On the clinical device side, the development of medical devices now includes advanced solutions such as ingestibles, implantables, hearables and exoskeletons. On the consumer side, the proliferation of wellness and lifestyle devices – wristbands, smartwatches and smart sports clothing – provides users with a data-centric perception of their wellbeing. The vital data measured by these devices isn’t clinical as such in nature, but is increasingly being used in patient-GP engagements to increase patients’ awareness of their health condition and encourage them to adopt best practice lifestyles.

Those are just a few examples of what’s fast becoming a very dynamic space. Wearable technology for enterprises will continue to rapidly evolve, while also touching sectors such as agriculture. Beecham Research will soon be publishing research about the B2B world of wearable technology – business operations, public safety, and medical as shown in the map – and explore how these technologies are now becoming part of many companies’ IoT strategies.

Saverio Romeo runs research in the areas of M2M, Internet of Things, wearable technologies and smart solutions for vertical sectors. During the last six years, Saverio has focused his technology and market research on the evolution of the mobile industry, primarily looking at European mobile network operators. He has done extensive research and published in areas such as mobile healthcare, smart cities, mobile and wireless innovative services, data analytics in the mobile industry, wearable technologies, smart farming and M2M/IoT in technical and market terms.