Home › IoT News › Connectivity › Speed and agility of the essence to capitalise on IoT opportunities in 2016, predicts Wireless Logic 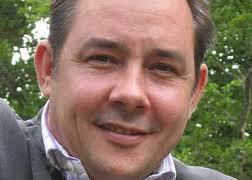 With 5.5 million devices forecast to be connected daily next year (according to Gartner research), 2016 is shaping up to be a transitory year for the M2M/IoT sector as the hype transitions to a more mainstream reality, predicts Wireless Logic.

Consequently, the savviest M2M operators should be poised to capitalise on the many opportunities presented by a more consumer-driven and 4G-enabled environment while seizing new application opportunities that will put the sector at the very heart of IoT innovation.

Wireless Logic’s sales director and co-founder, Philip Cole, foresees the market’s expansion beyond basic connectivity snowballing, through added value services, such as standalone platforms that enable the customer to manage their M2M activity in a cost-effective and accessible way.

And the 82% of his customers going down this route in the last month alone, reflects the growing appetite for access to a technology platform and level of infrastructure that facilitates a fast route to market all as an off the shelf, affordable platform.

Standalone private network, NetPro – the result of a £3million investment from the company – is an example of how customers can gain access to a high level of infrastructure and leverage the depth of solution without needing to make the kind of expenditure that has traditionally proven too cost prohibitive.

From the first SIM card to application enablement, by encompassing many layers of the value chain and through partnerships that have evolved with all the major networks, the minefields of corporate structure within networks are easily negotiated to enable IoT applications to be realised fast and flexibly.

However, Cole warns that this broader remit should not be at expense of the sector’s ‘bread and butter’ connectivity, particularly if the more complex, high bandwidth and business critical applications are to be met. To date, his business has accounted for around 20% of the M2M space, and with now over two million connections and monthly data consumption from subscribers rising four fold, a robust infrastructure and watertight backend systems have never been more critical.

“If a customer only gets one bar of signal strength from an operator, they won’t want to deploy it, they now expect four or five bars,” he said. “There is greater dependency and expectation around coverage, for example, a requirement for three or four mobile network operators to cover the larger applications they’re rolling out in the UK, so the understanding from both the customer and wider eco system of network providers of the infrastructure service behind it is greater and more monetised.”

Cole further cites the flexibility and scope afforded by access to multiple bearer services and options such as Low Power Radio networks as a key differentiator for M2M operators in the year ahead. With more options at their disposal to fit with different application requirements, the ability to scale up more quickly than a traditional network and bring new applications to market faster will all prove to be crucial, especially as mobile network connection speeds are set to increase nine-fold next year.

He further predicts: “User-based insurance is an area primed to explode, where the value of data has already been proven, enabling insurers to gather detailed per-second interval data on driving performance. We’ll also see more Visual Verification such as on board dash cameras aiding driver behaviour with pay as you drive diversifying into commercial vehicles.”