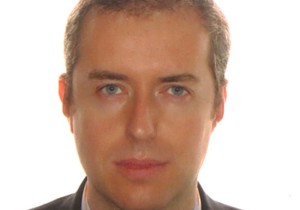 NEC Corporation claims to be the first supplier to integrate support for semantic interoperability into its Internet-of-Things and Smart City platforms.

NEC’s smart city product offering – the Cloud City Operation Center (CCOC) – is based on the “Core platform of the Future Internet” (FIWARE) project, which provides open API and generic enablers to realise the vision of a future internet platform.

NEC reports that it is the first company to use semantic support to automatically map information streams coming from an M2M system, as defined by the oneM2M standards body, into an NGSI-based, contextualised information model defined and used in FIWARE. Together with pure data mapping, NEC’s semantic connector can also map meta-data between the information models of oneM2M and FIWARE.

This new, automatic semantic analysis and mapping increases cost-effectiveness and speed-to-market for IoT-based solutions, thanks to easier integration for developers and operators of IoT platforms. As well as making the information available, the transformed meta-data will be used for faster discovery of available resources, automatic mashups of information, and improved big data analysis functions.

Jose Luis Mate, CTO and deputy head of the Cloud Convergence Business Unit (CCBU) at NEC Iberica, commented: “The oneM2M standard is gaining in importance in the telecommunication and enterprise world. Major customers have already been asking for oneM2M support. Adding semantic interoperability will improve the data quality as well as reduce the errors encountered when integrating complex data models.

“NEC is one of the leading companies promoting standardised semantic support in oneM2M. The flexibility of NEC’s Internet-of-Things platform will be greatly enhanced with semantic information models. Our core product, the Cloud City Operation Center, will benefit from this by becoming the data hub from which all city information can easily be found. We can more easily orchestrate a growing number of real world systems from various providers in a smart city and help create a brighter and smarter world. It is also further proof that NEC’s motto, ‘orchestrating a brighter world’ is evident through our developments in technology.”