Home › Blogs › Will IoT help change the future of lighting? 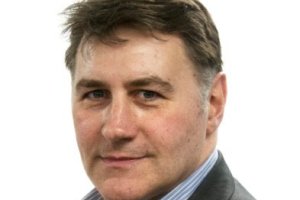 With technology advancing at such a dramatic rate, Anthony Fulgoni, EMEA Business Development, at IoT cloud development platform Kii, asks how much the Internet of Things can influence the development of smart lighting?

Growth in infrastructure, population and a greater adoption and development of smart buildings have all acted as a catalyst for the growth of the smart lighting market. But add to this government mandates over energy consumption, and you can see that it’s fast becoming a key revenue opportunity for smart lighting manufacturers.

Controlled from a centralised system or via the cloud, smart lighting allows the user – via the Internet or a mobile app – to control light based on different parameters, such as occupancy, movement, colour, temperature and natural light.

But smart lighting is more than just a lamp. It is about the services it can provide and backend integrations needed to support these functions. This is true whether it’s a consumer or a commercial lighting solution – it’s just a matter of scale.

For smart lighting to succeed commercially, the emphasis has to be on greater visibility and control at front end, with the ability to monitor, analyse and provide service integration at the back end. In a single building, this is integrated into a building management or control system, but what happens when you have multiple buildings or a smart city (not as much of a futuristic vision as you may imagine)?

This cloud-based approach with the addition of analytics and predictive modelling will enable this. But importantly, making a solution cloud based offers the advantages of wider operational integration with other solutions and systems.

I think this is where we will start to see IoT influence the development of smart lighting both commercially and within the connected home. Imagine linking smart lighting with parking systems, for example, or with public safety, helping to deliver productivity benefits and savings that would be harder with standalone systems.

In the home, initial smart lighting offerings have been something of a gimmick, with ‘wireless bulbs’ that change colour at the touch of an app for three times the price of standard lamp.

But smart lighting should be so much more than just changing the mood lighting of a room. It’s also about improved efficiencies, smarter use of lighting as a resource and extending it to other smart devices, such as security cameras or alarms, where lighting mimics residential behavior to deter burglars. In this case the cloud facilitates as a platform to support remote control – turning the lights on when you’re out and integrating with your NEST thermostat or home security cameras.

Taking this one step further, it’s about IoT devices becoming a smarter combined solution – think of the phrase ‘greater than the sum of their parts’. It could have additional benefits when linked to something like a tracking solution. In this case, the smart lighting integrates with a kid’s tracker so when the child arrives home, the tracker then turns on the lights, or in the case of an elderly relative who has fallen, it alerts a carer or relative by sending a text but also turning the lights red.

We can see that by integrating smart lighting with other ‘things’ (smart devices) we create opportunity and open up the market to so many different possibilities.

The author of this blog is Anthony Fulgoni, EMEA Business Development, Kii.