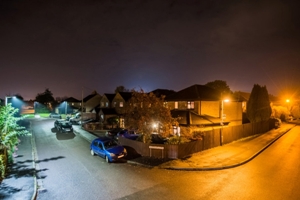 Telensa has announced that work has begun on a major new deployment which will cover 55,000 LED streetlights over approximately 1,000 sq. miles across Gloucestershire, UK.

The deployment, part of Gloucestershire County Council’s plan to replace existing sodium lights, is being led by Skanska, with LED luminaires from Urbis Schréder.  The new streetlights are wirelessly connected and controlled using Telensa’s PLANet Central Management System. Once completed, the project will deliver savings of approximately £17m over 12 years and reduce annual energy consumption by 7,000 carbon tonnes.

PLANet consists of telecells plugged into each streetlight, which connect wirelessly to a cloud-based control application via a small number of streetlight-mounted base stations. The system gives the County Council complete control over their LED network – with the ability to vary lighting levels to suit changing local needs over time, or immediately in response to local events. Faults are reported automatically leading to faster repairs and reduced maintenance costs. LEDs also emit a better quality of light than exiting sodium lamps and reduce light pollution as they provide a more focused lighting area.

Telensa is the provider of wireless streetlights, with projects covering a footprint of over 1 million streetlights worldwide. By connecting lights through a low-cost wireless network, further IoT applications can also be added quickly and cost-effectively. These include using connected streetlights as a communications hub for sensors such as traffic radar, to connect new control applications such as smart parking, or integrating lighting-based analytics with other smart city systems.

“Wireless controls and LED street lights are fast becoming the standard combination because together they deliver the maximum energy and cost savings,” said Will Gibson, CEO of Telensa. “But more importantly, wireless control enables forward-looking authorities like Gloucestershire to adjust local lighting levels over time to meet changing needs, future-proofing the LED investment.”