Home › Blogs › The incredible truths about the Internet of Things 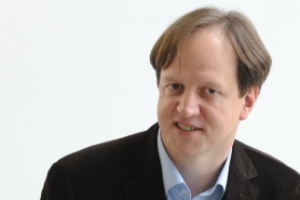 It’s difficult to know who is calling it right over the Internet of Things (IoT). One research company says 50 billion devices will be connected by 2020. Another says that’s nonsense.

Personally, says Nick Booth, I tend to believe Beecham Research, which called to keep the Internet of Things in moderation. Does anyone remember how Application Service Provision (a sort of early prototype of cloud) was talked up incessantly? Did that hyping create the necessary demand or did it confuse people?

There’s a danger the same thing could happen to the IoT. There are still three major barriers to mass M2M adoption and the biggest of these, according to Strategy Analytics, is a widespread lack of understanding.

Who can blame the public for being confused? The harder you try to understand it, the more difficult it becomes. For example, which of the following is true and which isn’t?

In a lab somewhere in the east, scientists are working on a device that can sleep for 10 years and then suddenly awaken on command. These devices can be deeply embedded, but thanks to their ability to hibernate, they can survive on very low power. Until, that is, their War of The Worlds moment comes and these single antennae, lower power monsters emerge from their comas and begin to report to their HQ.

If these Power Saving Mode (PSM) automations don’t sound too futuristic to be true, what about this one?

In another laboratory at Brunel University in West London, another set of boffins has created super capacitors the width of a human hair. When used along with photovoltaic fibres based on a dye sensitised solar cell, the collective bundle can turn sunlight into electricity and store up to 1.5v of charge.

The boffins are cock-a-hoop at this breakthrough as it’s the first time this amount of energy has been stored without needing some chemical reaction to be involved. In effect, they’ve created fibres that can be incorporated into a fabric, that can generate and store enough electricity to charge up a mobile phone. If this fabric is mass-produced you could make an affordable shirt that looks good and charges up your iPhone.

Meanwhile, in offices in an industrial estate in Tallinn, Estonia, there are secret trials taking place. They’re developing a new unhackable type of local area networking technology that runs at up to a hundred times the speed of Wi-Fi. In labs, scientists achieved data transmission speeds of up to 244Gbps, simply by turning the lights on and off again, really really quickly.

This technique was hatched at the University of Edinburgh but it has somehow ended up in the hands of the Estonians. Sci-fi? No, it’s Li-Fi, a new technique to use light rather than radio to transmit signals. Given the comparative speed of radio and light, it’s a wonder nobody thought of this before. I guess it’s hard to find people who whack a light switch on and off with sufficient speed and accuracy to send a half decent signal.

That was a problem that Professor Harald Haas at the University of Edinburgh cracked by using a Light Emitting Diode and getting software to do the switching. The great thing about networking with an LED is that light doesn’t leak out through walls and it can be spot-focused on particular areas, so hacking is a lot more difficult for thieves and spies.

Meanwhile this Li-Fi technology, using visible light between 400 and 800 terahertz (THz), and transmitting through binary code, can carry 18 films of 1.5 GB each, every second. So if the spies do want to hack into your network and intercept your private messages, they’d better be quick.

All these technologies sound ridiculously futuristic and if presented to the public they’d laugh at you. A low power zombie device that lives on the Internet of Things and can be re-awaked after ten years in a coma? A shirt that can generate its own power and communicate? A light bulb that can send coded messages that nobody can see? That’s ridiculous! This internet of things is totally unrealistic.

The author of this blog is freelance IT and communications writer Nick Booth.