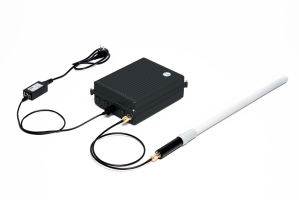 WAVIoT has released full duplex LPWAN connectivity to the market.

WAVIoT is a true innovator in the low power wide-area network technologies that fuel the M2M telemetry and Internet of Things initiatives around the globe. It uses proprietary Nb-Fi protocol which is treated as Narrowband Fidelity, based on a narrowband approach and a number of coding know-hows for robustious long range connectivity.

Many different LPWA technologies are being discussed right now, in varying stages of development, standardisation, and commercial availability. While these are different technologies from different vendors, they share some common characteristics as maximum range, gateway sensitivity, gain and capacity, link budget, utilising bandwidth and autonomy of end nodes etc.

WAVIoT started in back 2011 more or less simultaneously with the other top brands in the industry the team was quite limited in terms of international sales force and marketing budget, it had to focus on the real-life projects and implementations that could bring some cash for further research and development. As of today the company enjoys its full-fledged R&D and production competence in-house which spreads from the physical layer to the telecommunication back and front-end, plus what is even more important, to the integrated ‘plug&play’ end-user devices.

You may well find WAVIoT’s positioning and business approach as a provider of turn-key solutions to for its clients. General idea behind it is quite easy: a client needs end-user devices and turn-key solutions available of the shelve, such as LPWAN integrated smart water or electricity meters for example, which just work in any part of world and do not require any integration works.

The company strongly believes that its level of technology sophistication based on the extensive use case experience is of high interest to the market. Numerous projects run by WAVIoT in miscellaneous international locations prove it fairly well.

Yegor Popov, managing director and co-founder of WAVIoT, added: “In the core of our LPWAN technology lies in the proprietary Nb-Fi (Narrowband Fidelity) protocol with sophisticated mathematics and coding methods, we rely on full duplex gateways based on bi-directional SDR principles and 3×120 degree sector antennas, self-designed SDR receiver-transceiver. Our gateway provides -154 dBm sensitivity to ensure a total link budget of up to 194 dBm in standard configuration. Practically, for the client it means an effective distance of more than 50 km in the countryside and 10-15 km in the urban area – which is not marketing, but daily statistics.”

On November 2015, WAVIoT has completed initial development and now starts an upgrade program for its gateways aiming at the full duplex connectivity. It allows to receive signal from the end nodes and send messages simultaneously in both directions with no signal collisions. Finally, in addition to the superior gateway capacity of 2+ mln. nodes per gateway, it ensures a great opportunity to build really scalable and well managed LPWAN-network.

Half duplex which is currently available with other well-known LPWAN players allows to perform a limited data exchange when there is a free slot for downlink. When the quantity of end nodes becomes really massive the network generates a lot of interspacing traffic with no chance for reliable backlink communication.

Such applications as smoke detection, most of security alarms or a smart water metering as a rule require uplink only. Meanwhile there is a lot of spheres which require a long range full duplex connectivity as an absolutely key feature. Smart grids, for example, need to be managed by the controllers and dispatch remotely. Manufacturing enterprises and retail chains wish they have an option to communicate with storing and handling equipment. A lot of consumer electronics require downlink for numerous useful applications that can be implemented based on the full-functional two-way data exchange technology.

The full duplex feature has a primary demand on smart grid application for reliable both side communication between smart electricity meters, grid controllers, network management system and cloud control panel.