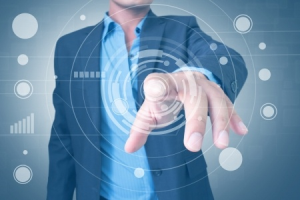 The Internet of Things (IoT) push will continue for manufacturers, in 2016 this will still be a technology push rather than a consumer pull.

However, a team from Bytesnap says we’re witnessing an increasing interest in home automation. Their electronics design team has been involved in more IoT projects as there is a huge range of companies moving into that space.

There are new IoT standards, such as Thread, but unfortunately the sheer diversity of immature standards continues to present a confusing challenge for manufacturers and consumers alike. Over time, the industry will hopefully unify around a set of standards, much as it did around memory card devices and video cassettes, however at the moment, diversity appears to be on the increase, rather than the reverse.

Demand for electronics design services around e-health is increasing, especially around telehealth and monitoring that enables people to live independently for as long as possible. This is a burgeoning industry sector, and in conjunction with better battery life, smaller devices and IoT standardisation, the technological barriers are lowering every day. When these factors are combined with an ageing population, we see this trend continuing in 2016.

Utility metering gets smart – with a vengeance

Smart metering is a major growth area in the UK. The UK Government’s Smart Meter Roll Out – which aims to get a smart energy meter into every British home by 2020 – saw its first commercial casualty recently, with a multi-million pound fine. We are sure that the energy industry regulator OFGEM will continue to impose heavy fines if utilities companies continue to miss supply targets.

Many energy providers have held back investment in this area, as rollouts have been delayed whilst standards are decided. There has been plenty of controversy about the ultimate specification. For the rollout to complete by 2020, energy companies will need to invest heavily from now on. 2016 marks the official start of the installation stage, so we’ll see intensive effort around this from early in the year. Tiny battle of the titans – 8-bit out, ARM Cortex M0 in ARM.com

ARM is continuously evolving its cores at both the top and bottom end of its ranges. However, one of the most significant cores of the last few years, that has impacted the microcontroller market, is the ‘lowly’ Cortex M0. A wide range of microprocessors, at very low price points and in tiny packages, are now using this core in place of traditional 8 bit architectures. A specific market driver is the IoT explosion, and this trend is set to continue through 2016 for sure.

2015 experience major consolidation between semiconductor vendors. Dialog bought Atmel – a European business buying an American company; Altera was acquired by Intel; Qualcomm purchased CSR; NXP has merged with Freescale, and Silicon Labs has been on the takeover path too, acquiring companies such as Bluegiga and Telegesis.

For 2016, these acquisitions will mature, and we expect the diversity in the semiconductor market to decrease. It’ll be interesting to watch this space and understand the true impact on the electronics industry. As a Freescale partner, we’re particularly interested in the impact of the NXP-Freescale merger.

In terms of the CSR–Qualcomm deal, we believe that as long as CSR remains available across all markets, the acquisition impact will be negligible in the embedded space.More consolidation will also see a shake out of product lines – with firms eliminating lines which conflict with other products and reducing their cost base.

Next year, will see 14/16nm silicon chips reaching the mainstream. We predict new announcements and launches of new System on Chips (SoCs), which will bring lower power demands and enhanced functionality into the market. Freescale has already made intriguing announcements about 16nm roll out in its network SoC products.

There’s been an increase in recent years in the number of Far-Eastern companies designing and developing SoCs targeting the tablet market principally, such as Novatek and Allwinner.

At the moment, the majority of these devices are not suited to the embedded market, as they do not have longevity plans, industrial temperature range and support data is limited. The market is driven by cloning reference designs. We would expect this to change in the next few years as some of these new starters take an interest in what is a huge potential market, and one that has higher margins than the commoditised tablet market to boot.

Intel will release its first Xeon with integrated Altera FPGA early next year featuring a high-end CPU and high-end FPGA. AMD is filing patents on competing technology. The net effect is more and more developers are being exposed to FPGA technology and the demand for tools that allow faster development cycles increases. FPGA is a slow market, but in 2016 the target is likely to mainly focus on software tools. If FPGA manufacturers can open the door of hardware accelerated functions to software engineers, there could be a step change in FPGA adoption – especially in automotive and e-health where sensor algorithms are complex. For 2016, FPGAs will encroach into the HPC (High Performance Computing) market and financial sectors. But at the moment they are too expensive to seriously impact IoT devices. Lattice is bucking the trend by making ultra-small, low cost and power efficient devices such as the iCE40 and iCE40 Ultra/Lite.

There is also growing demand from the automotive sector where more sensors and control systems are being added at an unprecedented rate. FPGAs could be quite cost effective here.

3D printers have reduced in price over 2015 and are becoming easier to use. At the higher end, the diversity of materials that can be used for print is also on the increase. This will continue to contribute to their wider adoption. We will continue to experience their use as the norm now for our customers as they develop their ideas, and this is highly likely to continue.

The USB C specification has seen a gradual groundswell in consumer integration, and this is certain to continue. More than just a physical change, the major benefits are that the connectors can be inserted either way and can carry significantly more current than their predecessors. Because of the added complexity, a controller chip is required to deliver these benefits.

Over the next year, these will feature more heavily in electronics product design and will gradually become a widely-accepted standard.

Beyond the capacitive touchscreen, we predict that the next revolution in user interface will be the growing use of gesture recognition. To that end, a slew of semiconductor manufacturers are adding gesture recognition functions or application notes to their existing sensor lines. In addition, an increasingly viable range of bio-sensors mean that existing touchscreen interactions will likely become augmented by wearable electromyographic-style sensors that will deliver unprecedented insights and control to the wearer.