Home › IoT News › Blogs › Doom and gloom get the headlines, but fact is the smart home market is growing big time 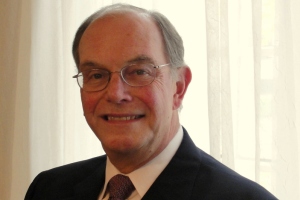 Smart home technology is taking centre stage again at this year’s CES with the introduction of new smart devices, software and business partnerships. The big tech giants – Apple, Google and Samsung – have launched major initiatives in the market as have Amazon and a score of service providers and utilities.

Elegantly designed point solutions are enticing consumers to give them a try: Nest’s thermostat, camera and smoke detector; door locks from Kwikset, Schlage and Yale; Canary and Piper cameras … the list will get longer at CES. And, there are numerous technology advancements in enhanced visual and voice recognition, coupled with cognitive computing on a chip which will introduce new value propositions stimulating consumer demand, says Bill Ablondi, director Smart Home Strategies, Strategy Analytics.

BUT are consumers ready to buy smart home devices? Earlier this year there was a report of a decline in interest in the smart home market, raising a degree of negativity about the genuine opportunity for smart home technology, particularly around how many households are likely to use it.

We addressed this question head on with a major survey of 7,000 households, designed to determine their willingness to pay for various smart home capabilities and/or services across Western Europe and the US. The results show that the “Early Majority” (those representing the remaining first half of all of those who will eventually adopt something new) is poised to open their wallets.

Who are the most viable adopters?

Focusing on the UK, the analysis identified six distinct consumer segments according to attitudes and behaviours – three of which are likely to buy smart home systems and services. In order of likelihood they are:

UK consumers are most willing to pay for notifications about potential hazards and emergencies in their home (10% to 11%) followed by remote video monitoring (9%) and a system that can automatically shut off the water in case of a leak (9%). The number of UK homes with at least one smart device or system leaped 30% in 2015 to 4 million. We see growth in both the number of households with devices and spending in 2016. British Gas Connected Homes is poised to reach 300,000 customers for its Hive service which is focused on energy management and we believe we’ll see them expand beyond energy management in 2016.

We believe that home monitoring is a big draw if priced right. Consumers like being connected to their family, friends, colleagues, bank accounts, travel plans…connecting to their homes is a logical extension of this desire for connectivity. Service providers could spur the market with free basic monitoring and notification services bundled with their other services and then offer several levels of premium capabilities for additional fees. Insurance firms could do the same.  Security service providers are well-positioned to offer self-monitoring and automation capabilities on top of their current services. Retailers can harness their ability to demonstrate the capabilities and benefits of smart home technology – John Lewis and Harrods (via Dixons Carphone) and others already are.

In 2016, we predict that nearly a million more households in the UK will adopt some type of smart home technology and, together with additional purchases by those who want more, they will drive spending to more than £1 billon. Never mind the naysayers; we are on the cusp of the next BIG thing in consumer adoption of digital technology.