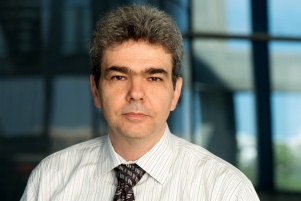 Gadi Lenz, chief scientist at AGT International, gives the lowdown on the sensor revolution and where it is taking the Internet of Things (IoT).

These days when the Internet of Things (IoT) is mentioned one of the first things that come to mind are sensors. We all know that sensors are devices that can monitor and measure the physical world and everything in it (including ourselves) – how does this “magic” happen?

The basic answer is physics. Physical phenomena happen all the time: electromagnetic radiation (i.e., light, RF, etc.), mechanical and kinematic (i.e., motion, force, etc.), thermal, acoustic (i.e., sound, ultrasonic), chemical reactions, biological and more. These phenomena reflect things and processes that are happening in world around us or inside us, so that if we measure these physical quantities we learn about what is going on. This is not unlike what we do as humans – we sense and “measure” the world with our senses and we then use our brain to make sense of this data.

Sensors typically convert the raw physical phenomena being measured into electrical current or voltage, because these are easy to “manipulate”. For example, many light sensors are constructed of an appropriate semiconductor material such that when a specific type of light illuminates it the photons (light particles) are absorbed by the semiconductor and transformed into electrons. This electrical current is related in a known way to the amount of light; the electrical current can then be easily manipulated and processed by electrical circuitry (including, for example, analogue-to-digital conversion). This processed signal can then be transmitted by another appropriate communication device (using an antenna for wireless transmission, a laser for optical transmission, etc.). Clearly, the sensor itself, that part of the device that transforms a physical phenomenon into an electric current, is just the very front end of a chain that produces a signal that can be transmitted.

So let’s move to a more complex scenario – in many cases, the direct measurement in itself is not very interesting but by proper transformation can tell us something that is interesting. For example, pyroelectric sensors are based on materials that create an electric voltage when there is a change in temperature around them. However, if you have ever dealt with motion sensors for security purposes then you know that the end objective of a motion sensor is to detect motion. The pyroelectric sensor (used in many security applications) senses the temperature change in the room associated with a warm or cold object moving in front of the sensor.

Many wearables, specifically smart watches and bracelets, include a heart rate monitor (HRM). One of the most common approaches is to use an optical HRM and it goes beyond just a sensor. In fact, it requires an active element to work – the HRM includes a light emitting diode (LED) that shines light onto the wrist of the wearer, which penetrates the skin and reaches the blood vessels. A light sensor measures the reflected light. Because the blood absorbs more of this light than the surrounding tissue and the amount of blood at any given point changes with the heart rate, the (measured) reflected light is actually modulated by the heart rate. Quite often, other sensors embedded in the smart watch are also monitored and fused with the HRM to get more accurate information.

What I am trying to highlight here is the fact the term “sensor” is sometimes used rather loosely and can range from the actual sensing element (measuring light or temperature) to a complete “sensing system” like the optical HRM that actually senses reflected light but delivers the wearers heart rate, by applying signal processing and analytics. One of the reasons for the broadening of the term “sensor” is directly related to the commoditisation of both the basic sensing element as well as the computational resources that can be attached to it. Advances in semiconductor manufacturing technology have driven the price of these components down by orders of magnitude over the last two decades. These are some of the new building blocks of the IoT (especially the consumer or Human IoT), which are already being embedded in smart phones, smart devices and wearables.

Where else are sensors headed?

I think the already emerging frontier is related to the sensors that sense us – wearable sensors coupled with body area networks (BANs). The human individual as an intelligent network node: again, not a new concept, as the military has been talking about such ideas as part of its network-centric warfare concept for at least two decades, but one that can now be taken to new extremes.

Here are some examples of the exotic for you to look up: the Biostamp, the ingestible sensored pill, the ingestible pill camera, smart contact lenses, implantable RFID chip, to name a few. You can wear them, ingest them and implant them (let us not forget things like pacemakers, which have become incredibly sophisticated and continue to make advances by leveraging some of the same trends mentioned earlier).

Regardless, the future’s sure to be bright if we can focus on harnessing all the potential sensors contain.

The author of this blog is Gadi Lenz, chief scientist at AGT International.