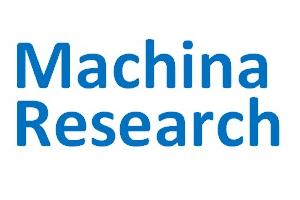 An evaluation jointly carried out by Starhome Mach and Machina Research has concluded that mobile network operators need to pay more attention to the impact of M2M roaming on their networks as M2M’s share of roaming doubled in the last 12 months.

Growth in M2M connections is widely reported and understood. Machina Research estimates that there are now 350 million cellular based connections worldwide, and this will grow to 1.3 billion over the next five years. However, the proportion of M2M connections accounted for by roaming is growing even faster.

As a global provider of roaming services including billing and clearing to network operators, Starhome Mach is able to determine that the number of roaming registrations that can be attributed to M2M devices increased by 100% last year to reach 7% of all roamers. The rate of growth is such that it is entirely possible that there will be as many machines as people roaming by 2020. These trends are illustrated in the graphics below.

It’s not hard to understand why this is the case. Despite the hostility of some regulators, ‘permanent roaming’ remains an important way of serving multinational customers in M2M, many of whom want to deal with a single provider. This is particularly the case for global manufacturers, who don’t want to provision their products with a different SIM depending on the destination to which they are being shipped.

Permanent roaming also enables M2M devices to obtain better coverage – the sum of all available networks in a ‘visited’ country – which would not be available to a purely local SIM in the absence of extensive agreements for national roaming. An operator that wanted to provide smart metering services to a utility company, for example, would find that using SIMs from a foreign operator would deliver better coverage than using its own local SIMs.

Most roaming SIM cards do so specifically to take advantage of these two benefits: supply chain simplicity and best coverage. Curiously, devices that actually cross borders, i.e. the archetypal roamer in the more established devices, are the least significant source of M2M roamers.

While the growth in visitors and traffic is obviously good news for network operators, there are also hidden pitfalls for the unwary. Roaming M2M devices have different usage profiles from human roamers; some are heavy users of data, but others may send and receive very little, while still being heavy consumers of ‘free’ signalling resources on the visited network. Roaming M2M devices are also more difficult for the home operator to ‘steer’ (i.e. direct to a preferred network in the visited country). In part this is because these devices don’t comply with the GSMA steering recommendations the same way that handsets do. But it is also the case that contracts between enterprise customers and their providers sometimes specifically require that roaming M2M devices are not steered in this way. It is also questionable whether sufficient inter-network transparency exists to allow for effective management of the roaming M2M devices.

However, a number of tools are emerging to address the demand for roaming more effectively. The eUICC is intended to enable operators to re-provision roaming SIMs with a local IMSI and thus ensure that they are on a ‘home’ network for routing, signalling and charging purposes. However, it is not a panacea for all these issues. In terms of the commercial contract between the enterprise customer and the network operator, these will still be roaming SIMs, with an SLA provided by the home network and a yet-to-be defined wholesale relationships among the home and visited network operators. In recent years MNOs have established alliances, one of the purposes of which is to cope with this inter-operator relationship.

Roaming is becoming increasingly prevalent as a tool for supporting global deployments, but it does mean that MNOs have less clarity about the nature and requirements of devices running on their networks. In a recent survey of the operator wholesale managers [October 2015 at GSMA WAS (Wholesale Agreements and Solutions) event in Thailand], 86% of operators had or were launching global M2M offerings but 70% stated that they had no visibility of machines roaming into their network, and 76% could not steer these devices in the outbound direction, leaving them unable to optimise their M2M cost base.

Jeremy Green, principal analyst at Machina Research, said: “Network operators need to be more aware of what is happening with both inbound and outbound roaming M2M devices. Without such insight it’s hard to see how they can optimise service for their customers, meet regulatory requirements, or ensure the smooth and reliable functioning of their networks and international services.”