Home › Blogs › The security worries behind the wearable tech boom 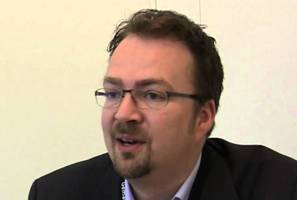 There are few areas of technology, if any at all, that are growing faster than wearables. Countless enterprises and organisations across a diverse array of industries are taking advantage of these new types of technologies, exploiting the potential of 24/7 connectivity. But the wearable boom also brings with it a new set of security worries the industry needs to address.

As wearables grow in popularity, and the IoT becoming increasingly important in the wearables landscape, security concerns are at an all-time high. Recent Telecoms.com Intelligence research has shown that 42% believe that security challenges represent the biggest inhibitor to IoT, says Manfred Kube, head of M2M Segment & Offer Marketing, Gemalto.

The recent TalkTalk hacks are a prime example of how vulnerable your data can be – and wearables multiply this risk. It is not just these big corporations who are at risk of having their data stolen – it can happen to anyone, anywhere, at any time. As more wearable technology is available to consumers, such as the Apple watch and FitBit, the vulnerabilities and security risks within IoT devices only become more prevalent.

This same Telecoms.com Intelligence research suggests that 45% of people believe that between 10-40% of IoT data is considered ‘sensitive’, so it is of the utmost importance to ensure the data within wearables is secure. When you think about the vast reach that wearable technology can and will have, the possibilities are sobering. A malicious attack could in theory reveal not just where you are, but your regular daily movements, how you feel, and even how and when to get into your house.

The nature of IoT devices being globally connected is what makes them so exposed to cyber-attacks. It is of central importance that manufacturers and developers don’t only consider security as an afterthought.

These devices and services need to be secure by design. In addition to the devices themselves, the cloud infrastructure that devices interact with and which stores all the data must also be tightly secured – including authentication/identification, confidentiality, and non-repudiation elements interconnected within the device and the network.

Of course, not everything needs securing to the maximum degree, but the first step must be to do a risk evaluation, working out ways in which people could exploit a product or service; and malicious users and hackers can be extremely creative to this end. Being aware of what could potentially be at risk is vital.

The benefits of wearables are obvious to all – ease of use, and having connectivity across all your devices transforms the ordinary day to the extraordinary. Existing web services like online banking have thrived because people know the lengths to which their banks will go to keep their identities secure in an environment where hacks and cyber exploits are reported daily. Security holes in the wearable market could, if exploited at scale, undermine the industry and diminish its growth.

It’s something that’s been on the Gemalto agenda for some time, however we are still in the early days of the wearable era and there’s a still lot to do. The industry needs to collaborate and co-operate on this so we can reap the benefits, but not expose ourselves to data theft or other malicious attacks, such as the device itself being taken over or used for surveillance.

Educating customers about the potential risks is key. Once you explain the benefits of IoT and what’s being done to ensure security is a number one priority, customers will soon begin to trust in the IoT. After that, the future of wearables will look very bright.

The author of this blog is Manfred Kube, head of M2M Segment & Offer Marketing, Gemalto