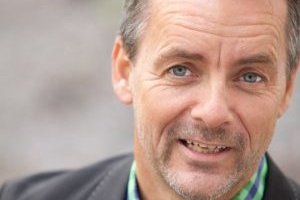 The need for a narrowband wide area network devoted to IoT was obvious but it is only recently it has become obvious for many.

We need them to connect cars, bikes, fire detectors and things like that. We only need to send heart beats, position and events but the devices often need to be tiny, with low cost and most importantly very very power efficient. The connectivity to connect a pet can’t be more than maybe 5-10$/year. Many have developed such network solutions but until Sigfox came up with an operator model and a global ambition, nothings was there to attract developers, says Magnus Melander, founder of SMSE.

Now these networks have got a category name: LPWAN – Low Power Wide Area Networks – and numerous articles and reports explain, compare and calculate business opportunities. As always within IoT the numbers are huge. While Sigfox is a proprietary network with base stations from Sigfox but modules and tools from a range of vendors, LoRa is a more orchestrated approach. A couple of mobile operators including Orange, Bouygue and KPN have declared publicly that they plan to build LoRa networks and I know several others looking into LoRa and other LPWAN network options. Sigfox has networks deployed in several countries including France, Holland, Spain and UK.

Also 3GPP have been working hard to come up with a standard for narrow band IoT data – NB IoT – which is expected to be published as part of 3GPP’s Release 13 in early 2016. The first networks are supposed to be deployed late 2016. Orange recently said that they will trial NB IoT technology alongside their launch preparation of a LoRa network. Also 5G seems to include a LPWAN solution, LTE-M.

LPWAN has quite rapidly gone from “not needed” to an obvious part of the communication mix for IoT. Now Telefonica and SK have invested in Sigfox, others look into deploying Sigfox, LoRa and the 3GPP NB IoT. This reminds me of Wi-Fi which was “not needed now when we get 3G” and now Wireless Broadband Alliance, started some 10 years ago by a couple of mobile operators, gather some 600 delegates for theirWi-Fi Global Congress events.

The development of several LPWAN solutions is a sign of a grown up IoT industry. But let’s remember that building the infrastructure is only the beginning – getting it used big way is the real challenge. LPWAN is a low cost high volume business and the winning technology will be the one who gets the developers excited.

I’m looking forward to seeing how the different camps will address the IoT developers and will do my best to ensure that the Swedish IoT developers will get well served and successful also in the LPWAN space. LPWAN will be a focus area 2016 both for my alliance of 48 Swedish IoT start-ups – SMSE – and our hardware hub in Stockholm –THINGS.

The author of this blog is Magnus Melander, founder, SMSE.