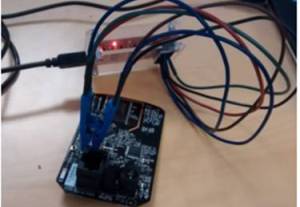 Vectra® Networks has announced that the Vectra Threat Labs™ has verified that consumer-grade Internet of Things (IoT) products, such as Wi-Fi security web cameras, can be hacked and reprogrammed to serve as permanent backdoors, enabling potential attackers to remotely command and control a cyber attack without being detected by traditional security products.

“Consumer-grade IoT products can be easily manipulated by an attacker, used to steal an organisation’s private information, and go undetected by traditional security solutions,” said Gunter Ollmann, CSO of Vectra Networks. “While many of these devices are low-value in terms of hard costs, they can affect the security and integrity of the network, and teams need to keep an eye on them to reveal any signs of malicious behavior.”

Turning an IoT device into a backdoor essentially gives hackers 24×7 access to an organisation’s network without needing to infect a laptop, workstation or server, all of which are usually under high scrutiny by firewalls, intrusion prevention systems and malware sandboxes, and typically run antivirus software that is updated regularly.

“Most organisations don’t necessarily think of these devices as miniature computers, but essentially they are in that they can still give attackers access to sensitive company information, particularly because they are connected to the corporate network,” said Ollmann. “Unlike the computers people regularly interact with, these devices do not have the processing power or memory to run antivirus or other security software. Since they don’t have usable persistent storage, attackers use NVRAM to store the configuration and flash ROM to store the malicious code.”

In the Vectra Threat Labs experiment, the team purchased a popular D-Link Wi-Fi camera* for roughly $30 and successfully reprogrammed it to act as a network backdoor without disrupting its operation as a camera.

“The irony in this particular scenario is that Wi-Fi cameras are typically deployed to enhance an organisation’s physical security, yet they can easily become a network security vulnerability by allowing attackers to enter and steal information without detection,” said Ollmann.