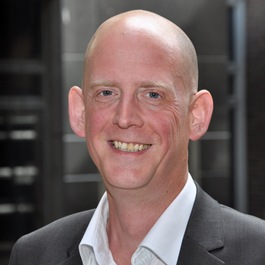 Matt Hatton: Be outspoken and take a few risks

IoT Now salutes the industry pundits who are avoiding safe predictions for 2016. Machina Research is one that states, “there is little point in doing these kinds of predictions if you’re not going to be outspoken and take a few risks.”


Sometimes the most instructive forecasts are not right in every detail, they are the ones that could come about — they encourage us to think harder. As Jeremy Cowan says, like compasses these predictions may show the direction of travel, not the final destination.

With that in mind we asked our partners in the Internet of Things (IoT) what trends they think may affect our industry this year. (Also see: Cellular technologies such as 3GPP LTE-M ‘won’t be realised until at least 2020’, says Horn.) Here are some brave statements.

A watershed year for Virtual Reality

Juniper Research has identified 2016 as the watershed year for virtual reality (VR) headsets, both in terms of product launches and consumer roll-outs. Oculus, Sony, and HTC are among the leading players expected to launch key VR products over the next 12 months.

“The recent attention to and investment into virtual reality is helping to revitalise the industry and with major brand commercial launches imminent, there is huge potential for rapid market expansion,” says Juniper.

As a result Juniper expects, “significant VR uptake over the next five years as consumers benefit from a combination of improved VR technology allied to immersive applications, as well as reduced prices. Consequently, the technology is now poised to transform the entertainment industry, including gaming and video, over coming years whilst offering the potential to quickly expand into other markets such as industrial and healthcare.”

Machina Research believes that at least one Fortune 500 company will appoint a Chief IoT Officer in 2016. “We have, over the last few years, tracked the growing understanding amongst enterprises of the importance of IoT. In fact, says Machina, “we launched a dedicated research stream, Enterprise IoT, to look at it. There is a clear message that to truly drive transformational (rather than just incremental) IoT initiatives within enterprises requires a push from a C-level executive.

“IoT provides the competitive differentiators of the 21st century. The specifics of that will vary by company. However, in most cases to take advantage requires a fundamental transformation in how the company does business.” That can’t happen without pressure from the very top of the company, he says, and in a way that engages key stakeholders in both the costs and revenues sides of a business, effectively requiring a peer to the COO and CMO.

A household name in IoT will file for bankruptcy while at least one will be bought for a price that breezes through the 100x revenue multiple. Machina adds, “Let us just preface this by saying that we don’t have any specific knowledge of anyone being in trouble. However, we think that in a healthily growing market there will always be one or two players who overstretch. No-one’s playing it safe in IoT at the moment.”

One or two of the new breed of IoT-focused start-ups whose strategies proved to be overly gung-ho will go bust (or get picked up very very cheap), the researchers maintain. At the same time there is still a lot of money chasing not many assets. Up to now the highest multiple we’re aware of for an IoT company purchase is 100x revenue (see Machina Research Note Sky-high multiples in company valuations will have negative repercussions for IoT growth (May 2015) for recent coverage of the topic). In 2016 someone will blow that out of the water.

At least one of today’s major LPWA technologies will effectively be rendered redundant but there will still be more technology fragmentation. During 2016 we’ll see quite a shaking out of the LPWA space. As a result of regulatory, standards, commercial and/or technology developments we’ll see one significant LPWA option fall by the wayside. We would expect no more than two mainstream nationwide deployments of non-3GPP LPWA networks per country, which will limit opportunities. But that doesn’t mean that there will be fewer options.

If anything there will more fragmentation rather than less, with more technology options. However, it will become clearer which technology options best match different application types in different territories. At least half a dozen dedicated non-3GPP LPWA network technologies will be deployed in multiple countries, according to Machina. (For Machina’s take on the current status of the LPWA market, see their Strategy Report LPWA: disruptive new networks for IoT November 2015).

Chinese players will shake up the IoT, increasing market share significantly across semiconductors, software platforms, smart cities deployments, and integrated solutions especially. The major Chinese vendors have been slow to exert their influence in the IoT space worldwide, although they’ve been doing plenty in China.

“In the case of semiconductors, the likes of Huawei and Xiaomi have already made waves in the IoT context, and in 2016 the IoT space will become familiar with a further set of Chinese vendors that start emerging as global players.” Their growth will affect the competitive landscape in two ways: by muscling international competitors out of China and by bringing fresh competition into international markets. The combination of the two will be felt particularly in the semiconductor industry, which can prepare itself for another year of mass consolidation.

In the platforms space, Huawei has been working with the Chinese operators and will doubtless seek to productise the solutions that they develop and take these to other markets around the world, says Machina. The same applies to smart city and integrated IoT solutions, where we expect more productised solutions to be brought to the global stage in 2016.

AT&T‘s Mobeen Khan, AVP, Industrial IoT, says: “In 2015 we watched businesses deploy and start to rely on real IoT solutions to improve operations and logistics in several industries. It’s now accepted that IoT will transform enterprises, change how businesses function internally, and how they interact with customers. Secure connectivity has brought everything from cars to shipping containers to life, and AT&T says an estimated 30 billion ‘things’ will be connected to the internet by 2020.”

Developments in 2016 will play a big role in reaching that 30 billion connected ‘things’ mark, Khan believes, and he predicts new potential will be realised in network connectivity and enterprise wearables.

Improve safety with enterprise wearables – Plenty of wearables have changed the game for consumers, says Khan. “We’ll start seeing a similar trend for enterprise wearables. Safety is a top priority for remote workers in the industrial space. Workers in the oil and gas industry often wear protective gear while on the job. They work on oil rigs in some of the most remote locations across the world. What if a worker is struck in the head with no one around? A hard hat with a set of shock sensors could detect the impact and alert emergency responders immediately.” He believes we can expect to see more enterprise wearables for workers in industries like construction, oil and gas, and utilities.

More networks, less power – When it comes to IoT, not everything is connected via a cellular network. Today, businesses are connecting their assets using multiple network types such as satellite, mesh networks, and Wi-Fi. According to Khan, “We’re headed down a path where low power or specialised networks will play a major role in the IoT space. There are many assets that can operate over low power networks. Think about a connected water meter that measures water consumption for cities. With a low power network, utilities can help extend the battery life and overall lifespan of their water meters so they last even longer.”