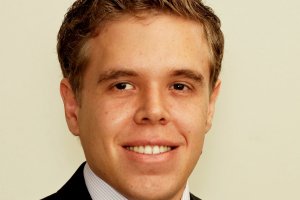 For the smart home market, 2015 will be viewed as a launch-pad year for many suppliers. Although most of the top security device vendors have had smart devices in their portfolios from previous years, it was only last year that device suppliers moved to retake the ecosystem. So says Blake Kozak of IHS in a new research note.

Despite providing smart or connected motion sensors and door and window contacts, device suppliers have been slowly losing revenue, because service providers no longer need to use one brand of equipment for an entire residential-security ecosystem. As a result of this market shift, Tyco (DSC), Bosch and UTC, and other companies launched, or announced they would be launching, panels and equipment. They did so to help regain and sustain their market positions. which had been challenged by the likes of Cisco and Technicolor, as well as by 2GiG and other traditional security vendors specialising in smart devices.

In the most recent IHS residential security analysis of the American region, the combination of professionally monitored smart and connected device revenue is expected to have a compound annual growth rate (CAGR) of 20 percent from 2014 through 2019. Smart devices are forecast to account for the bulk of growth (compared with connected devices) with 72% expected in 2016.

As equipment vendors and service providers compete for market share in 2016, there will be ample opportunity for both professional and do-it-yourself (DIY) devices. The market for professional devices, including traditional, smart and connected security devices, in the American region is forecast to reach $1.4 billion in 2016, an increase of about $120 million from 2015. In comparison, the DIY market for connected and smart DIY devices is forecast to be worth about $570 million in 2016. When non-connected DIY devices are included, the total market will inflate to nearly $1.6 billion in 2016.

Overall, 2016 will be an interesting year for smart home security devices, as the industry contends with consolidation of standards, new ecosystems (such as IKEA), encryption and the continuation of the Google Thread and Apple HomeKit experiment.