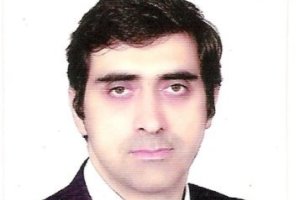 The Islamic Azad University (IAU) is a private university system in Iran, and reportedly one of the largest comprehensive systems of universities, colleges, and community colleges in the world. Now, the university is to create what it says is the first ever lab for Internet of Things (IoT) experiments in the Middle East & North Africa (MENA).

According to the GSMA, this region stands to be one of the largest potential gainers from smart cities and automated utilities. Mohammadreza Hajizadeh reports from Iran for IoT Now.

The IAU develops a new Internet of Things (IoT) ecosystem in Iran and the IoT lab is a research platform exploring the potential of crowdsourcing and the Internet of Things for multidisciplinary research with more end-user interactions. Along with building and funding the IoT lab, the university will form a working group to study systems and opportunities in IoT, develop joint projects and test their creations.

“The new lab will place Iran on the global map of IoT development. Also, our collaboration with mobile operators will develop mobile technologies even further to capture these exciting new opportunities,” says Dr. Mahdi Eslami, chief executive officer (CEO) of the project and the head of Industrial Relations at IAU.

According to an IAU statement, the lab will open in the first quarter of 2016 and the first priority will be to engage as many of Iran’s industry players as possible in active collaboration. The companies will also promote knowledge sharing and joint research with universities and local research and development (R&D) institutes to drive an open IoT ecosystem.