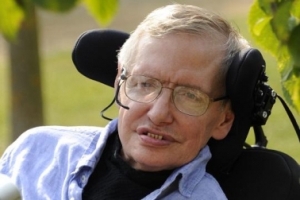 After a month-long public vote, the Information Technology and Innovation Foundation (ITIF) announced that it has given its annual Luddite Award to a loose coalition of scientists and luminaries who stirred fear and hysteria in 2015 by raising alarms that artificial intelligence (AI) could spell doom for humanity. ITIF argued that such alarmism distracts attention from the enormous benefits that AI can offer society—and, worse, that unnecessary panic could forestall progress on AI by discouraging more robust public and private investment.

“It is deeply unfortunate that luminaries such as Elon Musk and Stephen Hawking have contributed to feverish hand-wringing about a looming artificial intelligence apocalypse,” said ITIF President Robert D. Atkinson. “Do we think either of them personally are Luddites? No, of course not. They are pioneers of science and technology. But they and others have done a disservice to the public—and have unquestionably given aid and comfort to an increasingly pervasive neo-Luddite impulse in society today—by demonising AI in the popular imagination.”

“If we want to continue increasing productivity, creating jobs, and increasing wages, then we should be accelerating AI development, not raising fears about its destructive potential,” Atkinson said. “Raising sci-fi doomsday scenarios is unhelpful, because it spooks policymakers and the public, which is likely to erode support for more research, development, and adoption. The obvious irony here is that it is hard to think of anyone who invests as much as Elon Musk himself does to advance AI research, including research to ensure that AI is safe. But when he makes inflammatory comments about ‘summoning the demon,’ it takes us two steps back.”

ITIF created the annual Luddite Awards to highlight the year’s worst anti-technology ideas and policies in action, and to draw attention to the negative consequences they could have for the economy and society. ITIF announced 10 nominees for 2015 on December 21 and invited the general public to select the worst of the worst. Alarmists touting an AI apocalypse came in first among the 10 candidates with 27 percent of the vote.