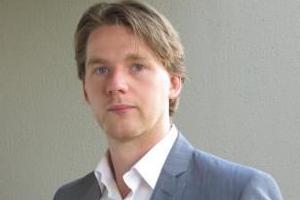 Alright so we’re a couple of weeks into 2016 so I think I’m still within the prediction grace period? If you haven’t already you can read my review of 2015 on our blog and see how my predictions from 2015 stacked up.

Last year I was fairly bullish on specific change, and that didn’t really pan out for me… This year I’m going with slightly broader strokes, says James Mack, general manager – M2M One.

So here are my predictions for things we can expect to see in M2M/IoT in 2016, have at it:

In the hardware space 2016 there is still some juggling of frequency bands to get the right products for multiple markets together. Most customers we work with are waiting patiently for hardware compatible with Band 28 (700Mhz) which will offer the greatest LTE coverage on Telstra’s 4GX network the successor to their Next-G 3G offering.

With Telstra’s 2G shutdown looming we’ve already seen customers in Australia testing heavily with LTE in the hopes of getting everything ready to bypass 3G entirely.

And there you have it – My 5 predictions for M2M/IoT in 2016! Do you think these are more likely than my 2015 predictions? I’d love to hear what you think, Let us know on Twitter @M2MOneAU, on LinkedIn at M2M One or visit our website at www.m2mone.com.au.

The author of this blog is James Mack, General Manager – M2M One.

*The views and opinions expressed in this blog are solely those of the author and do not necessarily reflect the opinions of M2M One or M2M Group.