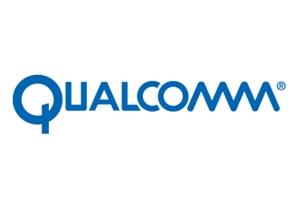 “LAA is one of the key technologies that will help satisfy the increasing demand for data and better mobile connectivity,” said Bruno Jacobfeuerborn, chief technology officer, Deutsche Telekom. “The trial will help the wireless ecosystem and key stakeholders verify and experience the benefits of LAA first hand.”

“This trial is an important milestone demonstrating how global LAA technology will soon provide enhanced consumer benefits to users in Europe,” said Matt Grob, executive vice president and chief technology officer, Qualcomm Technologies, Inc. “We are pleased to collaborate with Deutsche Telekom on testing and demonstrating technologies that will enhance mobile broadband.”

The team measured and demonstrated LAA’s extended coverage and increased network capacity in utilising unlicensed spectrum compared to Wi-Fi, as well as smooth and opportunistic aggregation of unlicensed spectrum during drive tests which also included seamless inter-eNB handovers. The fair coexistence between LAA and Wi-Fi in unlicensed 5 GHz bands was also demonstrated under different radio interference conditions and for a varied number of interfering nodes.

The LAA test equipment complies with current 3GPP Release 13 development and is particularly designed to meet global unlicensed band regulations, including “Listen-Before-Talk” features using Clear Channel Assessment Procedures and channel occupancy limits required in regions such as Europe and Japan. Fair spectrum usage between LAA links and Wi-Fi links was maintained for all coexistence test scenarios during the trial.