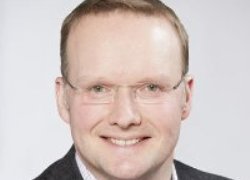 When did we first start connecting things?

A long time ago. Our ancestors were stringing together beads and shells around the time that language was invented.However, “connecting things” in the modern sense actually goes back to World War 1. The idea behind Low Power Wide Area Networks (LPWA) had its roots in submarine networks when they needed low frequency transmissions to communicate very small amounts of data over very long ranges while penetrating seawater depths says, Stephen Douglas, Spirent technical strategy lead, Internet of Things.

Today’s LPWA networks are forecast to have a high growth rate with over five billion connections by 2022, because they are relatively cheap (less than $5 per module), low power (their zero-maintenance sealed units can deliver up to ten years service on an enclosed battery) and deliver wide area coverage across challenging deployment conditions that include urban, indoor and underground environments.

The limitations of LPWA are limited mobility and low bandwidth – but they are ideal for utilities, certain agriculture and healthcare applications serving remote areas and, for example, a sensor communicating “space occupied” in an underground car park.

What was the first wearable computer – iWatch? Nike+ trainers?

Back in 1961 mathematicians Edward Thorp and Claude Shannon developed a simple computer that gave them a 44% advantage playing roulette. It was a twelve transistor device the size of a packet of cigarettes, operated by switches in a shoe and sending signals to a concealed earpiece so as to be worn and operated undetected in a casino.

Concealing the earpiece from casino security was a big problem – so they did not make their fortune. But Thorp later became so good at card counting that he was barred from Las Vegas casinos and they were forced to change their blackjack rules.

Are balloons the future for rural coverage?

Google’s “Project Loon” is poised for lift off – using high altitude balloons to provide connectivity to the world’s most disadvantaged people. With the might of Google behind it, Loon could be a goer, but the regulatory and political barriers to adoption could be a severe challenge.

Alternatively there is the real possibility of using “white spaces” in the radio spectrum used by TV (470 to 790MHz). These unused bands are ideal for rural IoT as they can cover large distances through walls, vegetation and other obstacles – while WiFi can barely manage a couple of walls. Since 2011, white space connection has been trialled in many areas including: Cambridge, UK, by Microsoft, BT and the BBC; Wilmington, North Carolina to connect the city’s infrastructure; and both Google and Microsoft are already deploying it in Africa.

Scattered populations in developing countries would benefit especially from this solution. Saankhya Labs in India won an award last year from WhiteSpace Alliance for its postage stamp-sized “Pruthvi” chip that can provide wireless broadband over a 10-15km radius. This opens up exciting possibilities for widespread IoT in regions of rural development.

You had better Google that question to get the latest!

Ever since January 2014, when it was discovered that a smart fridge had been sending out spam messages, there have been embarrassing stories leaking out – and there are plenty of opportunities. Gartner predicts that by 2020 there will be a thriving black market selling fake sensor data, meaning that genuine IoT data can be compromised and manipulated or replaced with false data.

Among last year’s good stories was the WiFi enabled iKettle that could be hacked to reveal the home network’s full WiFi data, and Samsung’s Smart Fridge that made it possible to access Google login details.

Could the IoT drive you to drink?

Don’t know – but it could really help driving the drink to you.

US startup SteadyServ have created the iKeg to help bars save money and distributors keep track on kegs consumption levels. The iKegs real-time inventory and consumption monitoring not only helps manage stock but also helps suppliers manage distribution and monitor promotions. Cheers!

Or could it drive us apart?

It could, at least in the sense that V2V (vehicle to vehicle) and V2I (vehicle to infrastructure) connectivity coupled with sensors and dedicated short range communications (DSRC) could slash the number of deaths from car collisions (33 thousand annually in the USA alone).

Keeping cars apart is understandable, but the same technology could also keep cars together. Apparently FBI and US police authorities are exploring using V2V proximity and location detection to help keep their vehicles at safe and hidden distance from vehicles they are following. That alone could write off many of cinema’s finest car chase sequences.

Could anyone survive a brontobyte?

If it meant a bite from a 22 metre long brontosaurus, the answer is probably no.

But actually it is the latest attempt to find words that do justice to colossal amounts of data poised to flood into the IoT. As a measure of disk storage, it would mean the number 1 followed by 27 zeros, in terms of processor or virtual storage it would be a number of bytes equal to 1024 to the power of 9 – work that out yourself.

So surviving a brontobyte would require a very big memory – for something you might prefer to forget.

What should not be forgotten, however, is that: a single Boing 787 generates 40 terabytes of data every hour; Rio Tinto’s mining operation can generate up to 2.4 terabytes of data per minute; CERN’s Large Hadron Collider collision data was producing around 25 petabytes per year; and even car telematics’ very modest data record per second could adds up to 11.1 petabytes of data in five years.

So the buzz-phrase Big Data is already sounding a bit tiny. Anyone for BrontoData?

Can we set IoT standards for Quality of Service (QoS)?

To avoid chaos, standards will be seriously needed. But it presents a serious brontochallenge because, for a start, even one single device could be used in so many different contexts.

Take a location tracker, for example: a pretty crude device could be very useful for keeping tabs on a dog while walking across the moors, but you would want a lot higher QoS around busy urban streets. And if it was keeping tabs on your four year-old child… then we are talking about “critical systems”.

Creating QoS classes for IoT devices and applications not only depends on correctly categorising the device/app, but also on being able to understand the context of its usage, and how much the user cares.

So what about standards for interoperability?

Oh we’re getting those all right. Only rather too many of them.

So, will we end up with “an Internet of Things” or very many, many “Internets of Things” (I’m trying to fit a “bronto” into that sentence somehow). With such diversity of standardisation processes IoT runs a risk of creating vertical silos. Variety may be the spice of life, but nothing impedes progress so much as when developers have to pause and weigh the risks of putting their money on a losing silo (like Betamax – a much loved example that will probably still be quoted when people have forgotten all about VHS).

Come back Edward Thorp: we need your help to win an even bigger gamble.

Is IoT all the way up in the cloud?

71% of the Earth’s surface is ocean and 95% of those depths remain unexplored. Climate change research has been held back by a lack of in situ ocean data, particularly from polar regions. To make up for this, diving marine mammals – some of them travel thousands of kilometres and plunge to ocean depths to find food – have become a critical part of the ocean observation system.

The international MEOP portal (supposedly standing for “Marine Mammals Exploring the Oceans Pole to Pole”) brings together several national programmes to produce a comprehensive international database of oceanographic data obtained from elephant seals and other marine mammals fitted with tracking devices (in the form of rather stylish headgear to judge by pictures on the site).

The author of this blog is Stephen Douglas, Spirent technical strategy lead, Internet of Things.

With close to 20 years’ experience in telecommunications Stephen has been at the cutting edge of next generation technologies and has worked across the industry with multiple Service Providers, Start-Ups and tier 1 OEM’s helping them drive innovation and transformation. Stephen is an ardent believer in connected technology and strives to challenge, blur and break down the silos which prevent innovation and business success.