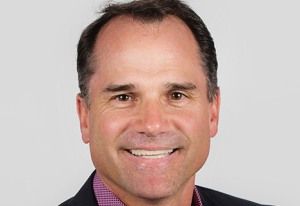 To describe 2015 as a watershed year for Digi International is almost selling it short. A fire wiped out much of its Thai-based production capacity, the company appointed a new CEO and re-structured its management team, it sold a major business unit, acquired a new company, and re-vitalised its finances.

It’s fair to call 2015 a Watershed Year for Digi, says Jeremy Cowan. Alone among the media, IoT Now has been invited to join Digi International’s annual European customer conference (Cannes, France. January 28, 2016.) Although some customer meetings are inevitably off limits, the schedule includes access to clients, distributors, partners and staff – and it starts with the CEO.

President and chief executive officer, Ron Konezny’s first meeting is with IoT Now over breakfast in Cannes’ early sun, as he prepares his thoughts for a day of presentations covering recent changes.

So, what are these changes?

A significant uptick in profitability, for one thing. Fiscal Year 2015 began in October 2014 and proved dramatic and challenging. In November 2014 Digi reported a major fire at its contract manufacturer near Bangkok, Thailand, that might have finished some companies. With some under-statement Digi said that the fire “significantly impacted the operations of SVI Public Company Ltd (SVI)”.

When the energetic Konezny arrived at Digi in December 2014 the company was in profit but underperforming. EBITDA* from Continuing Operations in Q1 2015 was US$2.2 million (4.8% of total revenue – a quarterly turnover of $47.2 million). Yet Digi has just reported Q1 Fiscal 2016 EBITDA of $4.6 million (9.1% of total quarterly revenue $50.3 million).

IoT Now: How did this turnaround happen?

Ron Konezny: Let me quickly give you some context. I was in management consulting working with international companies like BT, France Telecom and KDDI in Japan, and in the US with AT&T, MCI, the Baby Bells and a variety of computing companies. Then myself and a few others started a company called PeopleNet providing telematics solutions to truckers. It was four of us with modest capital from friends and family. One of the things that helped us ultimately succeed was focus. We grew, took on some investors and sold it to a larger public company, Trimble Navigation based in Silicon Valley. Ron Konezny and the CFO stayed on there, did some acquisitions, operated the $400 million transportation logistics franchise with over 1500 employees. Like Digi, most of the revenue was from North America and the second biggest market was Europe.

Then the opportunity at Digi became available and I’m a little more solutions and software focused, so initially I wondered about the fit with Digi which is more of a hardware and product-oriented company. But as I dug into the details I felt confident that we could go through two big phases. The first operational fitness. 2014 was a difficult year for the company, we shrank, our profitability was depressed, and the company was fractured. It was trying to support two different brands; its traditional Digi brand which is in the M2M (machine-to-machine) and IoT (Internet of Things) hardware space, but also a brand called Etherios.

The previous leadership acquired Etherios, a Salesforce implementation firm in the US. Digi was convinced it could transform itself into a solutions company by combining the expertise in M2M connectivity with Digi’s legacy of hardware products, and using the Salesforce platform to get customers to leverage the machine data. The idea was, wouldn’t it be brilliant if instead of waiting for that customer to call you to say my tractor’s broken down, or my spa doesn’t work you had machine data, machines telling Salesforce if they didn’t feel well? And you proactively maintained that equipment.

My bias is to solution providers, offering end-to-end systems, who have traditionally been much more successful. I get to know that domain so well, when I walk into that spa manufacturer I speak the language, I know what breaks down, the cost to repair it, how competitors are offering their spas, and when I bring a solution you can adopt it right now.

We didn’t have that vertical focus, that was mistake number one. Mistake number two was many organisations are just getting their customer service groups online and that’s a massive undertaking in many companies. They’re used to using more server-based systems, or not used to interacting with their customers. And the idea of collecting machine data is a couple of steps down the line. Imagine you made spas, Jeremy. You say to yourself, do I put it (M2M connectivity) in all of my equipment as a competitive differentiation? Or just my high end spas? Do I use wi-fi, cellular or some other technology? Do I charge my customers, my dealers, do I eat it? People are not ready in every vertical to make that step.

We can’t afford two brains. We can’t afford to be chasing every vertical with solutions that we don’t have the domain. I met with the Etherios people and I asked, ’Are you having fun? Do you want to be a part of Digi or is there a better home for you?’ The team was very responsive, so we divested Etherios with a company called West Monroe Partners (for $9 million in cash) and they’re with birds of a feather. That has multiple effects; one is we have one brand and we’ve emphasised it with this brand relaunch we’ve done as a more athletic company, more in tune to its context.

IoT Now: What does that mean in practice?

RK: Being more athletic is dramatically reducing the number of products we offer. We got in the habit of creating a SKU (stock keeping unit), a unique product for a customer. We got trapped into chasing deals rather than chasing markets. We’re now shrinking our portfolio down so that we offer better service to our customers, we’ll be able to tell our channels what products to stock. Right now it’s a real buffet. That’s too hard to do business – you don’t know what to buy and we have people processing orders to tell you what to buy. I know it’s a crude analogy, but I’ve never been happier checking myself into the airline. Remember the days when there were a thousand keystrokes and then you got a boarding pass. You didn’t have a choice of seats.

We’re becoming more operationally fit. That’s the first phase of (change at) Digi; a more focused company, an easier company to do business with. The next phase – and this takes a bit more time to play out – is we have US$114 million in cash, we have no debt, so we have an opportunity to invest organically and strategically in acquisitions to transform Digi.

IoT Now: You’ve already had your first acquisition haven’t you, with Bluenica Corporation?

RK: Yes, Bluenica is a company out of Toronto, and these are people I knew from my fleet management days. They’ve come up with a really elegant temperature monitoring solution that’s focused on the cold chain, in particular for retail outlets. Society is more and more discerning on what food am I going to eat, where did it come from, and has this food been properly handled, transported, stored and prepared?

Chipotle has become the siren for this. (US food chain Chipotle experienced a serious E. coli food poisoning outbreak in 2015. Ed. See: What Chipotle Needs To Do To Win Back Its Customers For Good) A big part of this was improper food handling. The Bluenica solution is meant for that retail space, but it also applies to transportation and warehousing. It ensures in a very cost-effective way that your product has been handled carefully. It also applies to medicines, we have some customers in pharmacies, hospitals.

It’s a small company, and it’s a great way for Digi to get our training wheels off our bicycle. Bluenica brand has gone away, we’re all Digi. We’re one company. We’ve also integrated their solutions into the company’s offerings very quickly, and our goals are completely aligned. It’s got more of a recurring revenue model which is an important dynamic in the IoT and M2M world. The cost of hardware is declining to the point that a lot of these solutions can be adopted without the barrier of that upfront investment. In addition, the solution’s very easy to use. That’s a hallmark of products these days, our products have to be so easy to use, you don’t need a manual.

The author of this blog is Jeremy Cowan, editorial director of IoT Now.