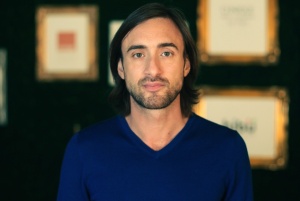 In October 1989, a Sunbeam Deluxe Automatic Radiant Control toaster was hooked up to the internet and unveiled at the Interop conference in Las Vegas. Nearly ten years after that, the term ‘Internet of Things’ was coined – and has been in widespread usage ever since.The term originated long before the concept of a world of truly connected products became a reality though, says Peter Veash, of The BIO Agency. Isn’t it time we shifted the language we use to describe this growing phenomenon?

While it’s true that ‘the internet’ is the channel that allows devices to communicate with one another, what most people really mean by ‘smart’ devices is their ability to gather and process data and educate themselves in order to make decisions and anticipate needs. For example, the internet-connected toaster could be switched on and off via the internet – which is certainly clever – but it still needed a human to put the pieces of bread inside it. A truly smart toaster would be able to sense if the bread had run out, and order a fresh delivery for the time its owner usually gets home – checking their diary just in case.

Recent studies suggest that consumer understanding of the much-feted ‘Internet of Things’ is, at best, patchy. For many of the uninitiated, it conjures up images of that running joke among techies, the dreaded and much-mocked ‘Smart Fridge’. And yet a PwC study shows that the average UK household now owns an average of 7.4 connected devices, including home heating management systems like Hive and Nest. People are embracing voice-activated personal assistants like Cortana and Siri, and wearing fitness monitors like Jawbone and Fitbit.

So, in effect, most of the UK is already using the Internet of Things – whilst simultaneously not really knowing what the term actually means. This disconnect between the way people are using smart devices and the comparatively poor understanding those same people have of the terms the industry uses to describe them is a problem, and it’s about more than just semantics. In The BIO Agency’s recent study of the UK public’s perception of the idea of smart or connected products, the majority of people agreed with the idea that a connected product could be defined as ‘a digital product or piece of technology that is ‘smart’ and knows who I am or what I want’. Furthermore, ‘smart’ objects can gather and process data, and learn on the job while they are being used by people – but the ‘internet’ is just a passive channel over which devices can communicate.

This is why we believe the term is well overdue a rebrand; ‘Internet of Things’ doesn’t describe the true scale of the revolution that is in the air; objects are now beginning to speak to each other, and their language is data. The phrase just doesn’t encompass the vast transformative potential these kinds of products have for industries like energy conservation, healthcare and mobility. If we are to raise consciousness of the great things we could achieve in a truly connected society, the first thing we need to do is give it a new name.

The author is Peter Veash, CEO at digital transformation specialist The BIO Agency.