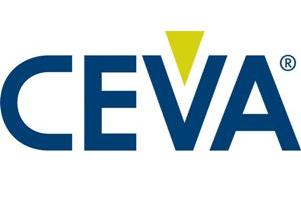 CEVA, Inc. provider licensor of signal processing IP for smarter, connected devices, introduced The NEW CEVA-X architecture framework, redefining performance and power efficiency for the processing of the control and data planes in baseband applications. Building on the strong heritage of CEVA DSPs in baseband, which have powered more than 6 billion handset processors to date, The NEW CEVA-X addresses the increasing complexity of baseband designs in a wide range of applications and use cases, including LTE-Advanced PHY control, Machine-Type-Communication (MTC) and wireless connectivity.

The CEVA-X4 is the first core based on The NEW CEVA-X architecture, targeting the most complex workloads of multi-RAT multi-carrier PHY control processing in 2G/3G/4G/5G basebands.

Mike Demler, senior analyst, The Linley Group, commented: “As the industry adopts LTE Advanced Pro and the promise of 1Gbps cellular download speeds, existing modem architectures will require a comprehensive overhaul to meet the increasingly stringent performance and power constraints. CEVA is addressing this need with a new baseband processor architecture, which effectively combines its high-performance DSPs with real-time control capabilities to handle the complete baseband system. Furthermore, with advanced features such as the capacity to process up to five carrier components in parallel, the CEVA-X4 provides its customers with a roadmap towards 5G.” The CEVA-X4 was specifically designed to solve the three most critical challenges in next generation modem designs:

To overcome these challenges, the CEVA-X4 incorporates a unique set of baseband-optimized features and functions in a highly efficient manner. This 128-bit wide VLIW/SIMD processor features 8 MAC units in 4 identical Scalar Processing Units (SPUs) and a 10-stage pipeline, capable of running at 1.5GHz in 16nm and achieves 16 Giga Operations Per Second (GOPS). The processor’s efficient control features include an integer pipeline, a complete 32-bit RISC ISA including hardware division and multiplication, and a Branch Target Buffer (BTB), achieving CoreMark / MHz score of 4.0, 60% better (per thread) compared to the most established in-house DSP used in smartphones today.

For system control, the CEVA-X4 brings a holistic approach to modem design, utilizing the innovative CEVA-Connect™ technology to orchestrate the entire PHY system, comprising of DSPs, coprocessors, accelerators, memories and system interfaces. It is equipped with dedicated hardware coprocessor interfaces and an automated data and control traffic management mechanism that eliminates any software intervention. Its memory subsystem supports an advanced non-blocking 2-way or 4-way caches with hardware and software pre-fetch capabilities.

Michael Boukaya, vice president and general manager, Wireless Business Unit at CEVA, commented: “The enormous complexity involved with building a modern baseband requires a new approach to solving the mounting design bottlenecks. The CEVA-X4 offers licensees the capability to develop a vastly simplified multi-mode modem system architecture with a perfect balance of DSP and control processing. Its monumental improvements over previous generation PHY control DSPs are indicative of the deep baseband expertise we accumulated over two decades in that industry, and ensure that the CEVA-X4 exceeds the most demanding requirements for next-generation 4G and 5G standards.” 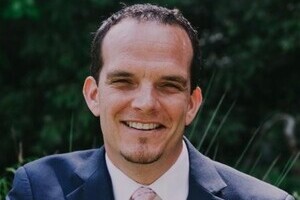