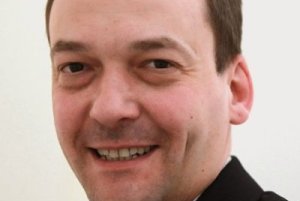 “CND’s OpenEPC platform has very interesting potential for development of the IoT market”, said Robin Duke-Woolley, founder and CEO of Beecham Research the leading market analyst firm specialising in IoT. “It offers the prospect of effectively extending mobile networks to provide peer-to-peer networking at the edge in high volume, which will increasingly be required to enable the promise of IoT to be realised”.

Today’s networks are based on a star topology with a centralised EPC (Evolved Packet Core) for handling authentication and network traffic. These networks were designed to cope with millions of users and devices, but not billions of IoT endpoints. According to recent research from Gartner, 6.4 billion connected “things” will be in use worldwide this year – up 30% from 2015 – and will reach 20.8 billion by 2020. In 2016, 5.5 million new endpoints will get connected every day.

The signalling and data traffic generated by the billions of IoT devices predicted is expected to overload the centralised EPC and backhaul infrastructure. CND’s distributed OpenEPC platform can help mobile operators to stem the tide and complement their centralised infrastructure with a distributed EPC, handling the load at the edge of the network.

Using OpenEPC to complement the existing centralised core network infrastructure, mobile operators can take their existing 3GPP core network architecture to the edge of the network, such that each base station can effectively become a self-sufficient mobile network. With a distributed EPC handling traffic locally, IoT devices attached to the same base station are effectively short-circuited and can communicate with each other. This avoids long packet routes through the centralised EPC resulting in reduced latency and faster device-to-device communication. By offloading signalling to the edge and keeping local traffic local, OpenEPC can reduce the backhaul and signalling traffic by 15-50%, prevent central network and backhaul overload and reduce investments in network capacity expansion.

“We need to reconsider how mobile networks are architected. The Internet is a great example of a decentralised mesh architecture combined with a star-of-stars topology, which is why it can handle billions of endpoints. Applying this model to mobile networks will allow mobile operators to scale to handle billions of IoT devices because some of the load from all these devices can be sectioned off from the rest of the network and stay local,” said Carsten Brinkschulte, CEO of Core Network Dynamics.

“By moving their mobile networks to the edge, and connecting each autonomous, self-organising network together using a mesh network, mobile operators will benefit from strong resilience, lower latency and reduced backhaul traffic of up to 50% compared with a traditional star architecture. We’re excited about the prospect of combining mobile edge computing with our OpenEPC software to develop a mobile infrastructure fit for the IoT era,” Brinkschulte added.

OpenEPC’s multi-access core also means that mobile operators are able to support a wide range of protocols for IoT devices from the outset, including both the licensed and unlicensed spectrum. This is important because it is expected that no single protocol will dominate in the IoT space: LTE is good for high-bandwidth, low latency applications such as video, while LoRa and SIGFOX are ideal for lower bandwidth use cases. OpenEPC currently supports 3GPP Release 12 for 4G/LTE, 3G, 2G and WiFi, with support for LoRa and SIGFOX on the roadmap.

CND Markets and develops OpenEPC which offers the functionality of a core mobile network using only software that can run on commodity hardware – as small even as a Raspberry Pi. With this model, the functionality of a core network – the EPC (Evolved Packet Core) – is built in software running on standard Linux hardware or in the Cloud and is compatible with standard small cells and base stations. Autonomous, but connected, fully functioning mobile networks cane be created by adding a software-based EPC to a standard radio cell and connecting this cell to others using a mesh topology.

CND will be exhibiting at Mobile World Congress at the ARM booth (Hall 6 Stand 6C10).