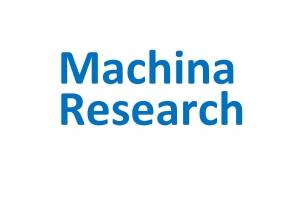 Machina Research, a provider of strategic market intelligence on the Internet of Things, launched a new market tracker to follow the developments in Low Power Wide Area (LPWA) networks.

Seen as increasingly critical to the evolution of the Internet of Things (IoT), LPWA networks as a whole enabled 23.2 million connections worldwide at the end of 2015.

Machina Research has extended its unrivalled research coverage on LPWA networks and technologies by launching a dedicated LPWA market tracker to capture all of the key developments in this emergent but increasingly critical part of the IoT. To be updated regularly, the new product provides the latest information on the active installed base, network deployments and coverage, and customer references. It also profiles the most important LPWA innovators specialising in this market.

The tracker’s first iteration concludes that LPWA is showing signs of taking off. In percentage terms growth is certainly significant, more than trebling during 2015, albeit to a relatively modest 23.2 million connections. However, as far as hard evidence is concerned, the technology concept is still going through those infamously clichéd “early days”. There is no doubt that the market is seeing a constant flurry of funding rounds, ecosystem partnerships and upbeat press releases. However, few suppliers are confident enough to release data on their performance to the public domain, or permitted to cite advanced, large-scale deployments as confirmed customers.

That being said, based on what Machina Research’s analyst team has learned about ongoing pilots and proof-of-concept deployments over the past months, there may well be more material evidence of market growth available within a quarter or two. Besides the potentially growing adopted buy-in, the suppliers are also ramping up their operations substantially.

The study’s author, principal analyst Aapo Markkanen commented: “In dedicated LPWA, much of the attention has so far revolved around Sigfox and LoRaWAN, and in the coming months especially Ingenu’s RPMA should increase its mindshare amongst the adopters. In the meantime, Telensa – which is arguably the most tried and tested LPWA option out there – has just got in fresh financing. Further technological advancement is driven by innovators such as Accellus, M2Communication, Nwave, and WAVIoT, although all these names have a lot of work to do on the commercial side of their strategies.”

Meanwhile, the mobile industry is showing a visibly greater sense of urgency than what could be seen just six months ago. The details around the relevant 3GPP standards are still being ironed out, but now it seems that the response will be two-tiered, with LTE-M and NB-IoT being positioned as technologies that will complement each other in the form of LTE Cat M1 and M2. The merits and demerits of the involved technical compromises will become clearer once the standards are being implemented as commercial-grade hardware.