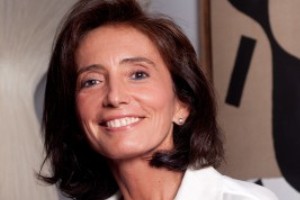 Isabel Aguilera, described one of the ‘50 most influentialwomen in the world’, to speak at conference

One of the main talking points of the 20th anniversary DECT World Conference (May 31 – June 1, Barcelona) will be how technology for smart and secure wireless communications will look in 2020 and beyond.

The event also includes the Awards ceremony for the DECT Awards 2016, and a special networking event to celebrate the 20th anniversary. In addition, says Ludger Voetz, companies are given the opportunity to present their elevator pitch for ULE products.

At the 20th anniversary of the DECT World Conference, companies like Panasonic, RWE and Allianz will present their latest innovations and talk about how the integration of DECT and ULE technology into the world of smart homes is changing the market.

One of the most anticipated speakers at the event is Isabel Aguilera, who was responsible for the set-up of Google Iberia, and named “One of the 50 most influential women in the world” by Forbes Magazine. The former CEO for Dell in southern Europe and former president of General Electric in Spain and Portugal will talk about how companies can expand their networks and form new partnerships with the internet community and other companies outside of their own industries, and how to engage the industry in the Internet of Things.

On the second day, Damien Kelly, innovation manager at RWE Innovation Hub, will speak about his vision of smart homes as an answer to disruption in the utilities market. Other speakers at the DECT World Conference include David Tuerk, general manager Home Network & Telecom Europe at Panasonic, Dirk Boettger, VP Terminal Management, Fixed Line at Deutsche Telekom, and René Kohlmann, chairman of the ULE Alliance.

“We are looking forward to this 20th anniversary of our industry conference, and are planning some special events to mark the occasion”, says Ruth Wilson from the DECT Forum.

On June1, companies are invited to present their new and innovative solutions at the DECT WORLD’s own “Dragon’s den” session for ULE products, where they will get the chance to charm the audience with their innovative ULE product in less than 3 minutes. Companies which presented their “Elevator Pitch for ULE Products” in 2015 included Gigaset, VTech, Crow, Panasonic, and Freelux.

After the successful launch of the DECT Awards in 2015, the DECT Forum will once again be hosting the Awards ceremony on the first evening of the conference, followed by a special networking event to celebrate the 20th anniversary. For more information go to: www.dectconference.com