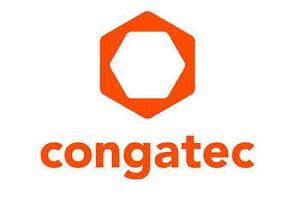 The new module features the Intel Xeon Processor E3-1515M v5, fast DDR4 memory and Intel Iris Pro graphics. The GPU of the new SoC module provides 128 MB eDRAM and with 72 execution units it has three times more parallel execution power than the Skylake architecture without Iris graphics. Developers of tightly packed COM Express based system designs now have access to a new performance class that would have previously required a dedicated graphics unit.

Thanks to its performance, the new conga-TS170 Computer-on-Module will be in big demand for high-performance image processing applications in industrial and medical technology as well as industrial-grade IoT edge node servers and media servers with virtualisation. For example GPGPU-based video transcoding, deep packet inspection or big data analytics.

The feature set in detail

The conga-TS170 module features the latest 14nm Intel Xeon Processor E3-1515M v5 and Mobile Intel CM236 Chipset. It supports up to 32 GB super-fast SO-DIMM DDR4-2133 memory with ECC for data-sensitive server applications. The integrated Intel Gen9 Iris Pro graphics provides 72 execution units with a maximum clock rate of 1150 MHz. For parallel computing tasks it supports OpenCL 2.0. and DirectX 12 as well as Open GL 4.4 for the highest performance 3D graphics on up to 3 independent 4K (3840 x 2160) displays via HDMI 1.4 and DisplayPort 1.2. For legacy applications, a dual-channel LVDS output and VGA are available. Hardware-accelerated encode and decode of HEVC, VP8, VP9 and VDENC video is also supported.