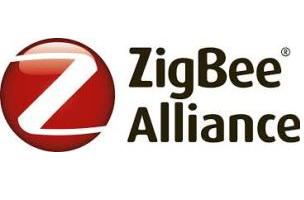 The ZigBee Alliance, a non-profit association of companies creating, maintaining and delivering open, global standards for the low-power wireless Internet of Things (IoT), announced the addition of two vice chairmen to its executive committee, Musa Unmehopa and Jean-Pierre Desbenoit.

Musa Unmehopa is Philips Lighting’s senior director Standards & Regulations, and he moves from board secretary and treasurer to his new role as vice chairman, and board member Jean-Pierre Desbenoit, Schneider Electric’s ICT Standardisation and industry relations director of Global Strategy, has been elected as a ZigBee Alliance vice chairman.

“We’re very excited to announce two key additions to the Executive Committee as we welcome Musa and Jean-Pierre, who for many years have been instrumental in the Alliance’s key initiatives and success,” said Tobin Richardson, ZigBee Alliance president and CEO. “We’re also very fortunate to have Kroger Co. R&D general manager John Osborne continue into his third year as ZigBee Alliance board chairman. The Alliance has charted an exciting course for 2016 and beyond, and we have a broadly respected, highly talented and knowledgeable team at the helm.”

“With the support of The Kroger Co. and the ZigBee Alliance membership, I am honored to continue in my role as Chairman through 2016,” Osborne said. “There is considerable Alliance momentum behind our interoperability initiatives, as well as requests that new features be added to current specifications and other beneficial solutions. Further, there is also a high level of interest from those outside of the Alliance to be part of what we are accomplishing. We look forward to a very successful year with flagship programs like our ZigBee 3.0 solution and other exciting activities.”

“Philips Lighting has been a leading contributor to ZigBee 3.0,” said Unmehopa. “The Philips Hue proposition has secured a leading installed base for ZigBee technology in the residential lighting control market. By supporting the ZigBee Alliance with strong leadership going forward, we aim to expand on this installed base and also enter further market segments, where appropriate, with compelling, fit for purpose, connected propositions based on ZigBee 3.0.”

The ZigBee Alliance passed an important milestone in February with 1500 certified products from more than 200 manufacturers using ZigBee Alliance-developed standards – spanning applications for the smart home, smart building and smart city and in use across continents, in space and under the oceans.

This February, members also gathered from around the world to attend the Alliance’s 2016 Winter Summit and U.S. member meeting in Silicon Valley, Calif. Participants completed numerous technical and marketing sessions, and shared developments on new initiatives including the ZigBee 3.0 solution and the ZigBee Alliance’s Common Applications Library that consolidates the previously market-specific ZigBee profiles into a single, comprehensive offering.

The meeting was also host to representatives from the EnOcean Alliance and Thread Group who reported on collaborative work with the ZigBee Alliance aimed at unifying the IoT. Members also heard from Deloitte Consulting’s industry leader Brett Bonthron who shared insights about the IoT ecosystem and the future of mobility, and IHS principal analyst Lee Ratliff who spoke about connectivity in the smart home and how to pick winners in the rapidly evolving IoT market.

To meet in person with ZigBee Alliance executives and member companies (including Digi International, DSR, EnerBee, GreenPeak Technologies, Jiuzhou Greeble, MMB Networks, Murata, Philips and ubisys), visit the ZigBee Pavilion this month at Light + Building – Hall 9.0, Booth C89, or connect with us at an upcoming event.

The ZigBee Alliance creates, maintains and delivers open, global wireless standards that enable everyday objects to work together and control your world in the Internet of Things (IoT). An open, non-profit ecosystem of more than 425 companies, the Alliance is developing and promoting the world’s leading IoT standards across a wide range of consumer, commercial and industrial monitoring and control applications. For more information, visit www.ZigBee.org.