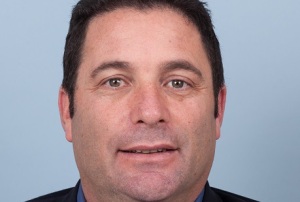 CALLUP IoT Engine includes unique features and interfaces, allowing easy integration with third party systems. For example, when a new SIM-based device is approved by the client’s billing system, it calls CALLUP IoT Engine, which activates the device remotely, over the air, while updating the billing system during the process.

“There are billions of connected devices worldwide and more and more devices are constantly being added. This requires a huge quantity of SIM cards, which is growing almost every day,”said Alon Roth, CALLUP’s CEO. “Managing these SIM cards, whether they are removable or non-removable, requires remote management. We are proud to offer IoT Engine, which will help the expansion of the Internet of Things, including the deployment of IoT-dedicated networks.”

CALLUP IoT Engine enables mobile operators and IoT network operators to issue control commands to SIM cards using rich API, or through a user interface. It can update any file on the card’s file system, provided it is allowed to be modified over the air. Status and reports can be collected in real time or as a request for report at a later time. The system will automatically repeat the update process on SIM cards that could not accept the original update for various reasons, such as devices that were turned off.