KORE has agreed to buy Wyless for an undisclosed sum, “making close to a quarter of a billion dollar player” in the Internet of Things (IoT). So says KORE’s CEO, Alex Brisbourne, talking to IoT Now today prior to the announcement.

The friendly acquisition has been agreed and signed by both Boards and “was greeted positively by both managements,” says Brisbourne. Subject to regulatory approval by the US Department of Justice the sale is expected to close by mid-April.

Asked by Jeremy Cowan what the price of the deal was, Brisbourne declined to reveal the cost but said, “This is making close to a quarter of a billion dollar (US$ turnover) company in the IoT space. (For comparison, see our February news: Cisco’s US$1.4bn acquisition of Jasper shows determination to gain a stronghold in IoT.) It is an all-cash transaction and there is no residual activity nor a carry-over for the Wyless shareholders.”

“We are acquiring the remaining 25% stake in the Wyless joint venture with TM Data in Brazil, so that it will become a wholly-owned subsidiary in Brasilia, which complements the acquisition we made in our outsourcing partner in the Dominican Republic which was completed just recently. And obviously we’re leveraging the technologies we have on the Wyless side, utilising the materials they acquired through their purchase of ASPIDER M2M.” (See also: Wyless appoints Gilli Coston its chief strategy officer as company prepares for merger with ASPIDER M2M.)

Why was the deal necessary? asked IoT Now.

“We continue to look at what we call ‘intelligent acquisitions’, acquisitions that are complementary to and add value to the KORE customer base. The KORE customer base is morphing quite rapidly, from being an ASP-driven market to an enterprise controlled market. Enterprises are multinational in scope, they don’t just want to have a service connection in a new market place, they want to have people. They want to have local management, local data management, in-country data centres.”

“Wyless is complementary in that it significantly increases our footprint into Europe, with the UK and Netherlands facilities, people and obviously revenues, which are additive to KORE’s revenues, making a $18 -20 million player in Europe. Latin America has been growing rapidly for us, particularly with an application enabling business and turning that into a high teens (in million dollars. Ed)  market place.”

“We’re becoming a software services business when you look at how this market is evolving. When we started connectivity was all with M2M, call it M2M 1.0. We created connections, then we moved into managed connectivity, then service management, then into device services, now we’re layering eSIM technology across carriers as a result of this acquisition. We’re becoming deeper and more intimate with our customers,” said Brisbourne.

“The more we looked at Wyless, the more we recognised it was just very important jigsaw pieces if you like which combined created a fabulous integrated picture for the market as it is evolving in IoT, from narrowband services to traditional M2M, for broadband connectivity and layering satellite and other related services, and increasingly moving into data management and analysis. So we thought scale was helpful, geography was useful, people were critical because we’re building a quarter of a billion dollar business here and we need a great bench of people in all layers. This was a very quick way of being additive in terms of skills, and knowledge in our marketplace.”

IoT Now asked, “What overlap is there in services and customers?

“Very little. One area that we have to look at closely is connectivity platforms — obviously Wyless has the Porthos platform, we have our PRiSMPro services, but we also recognise that almost half the Wyless customer base is not in fact using that platform. None of the business entities in Latin America or in the Netherlands utilities and others have been utilising Porthos so it’s a great opportunity to make a very clear decision with regard to the appropriate technology platforms to take us forward.”

Mostly complementary assets, a little bit of ‘thinning out’

“Outside of that it’s very complementary. We have carriers in common — Vodafone, T-Mobile, Telefonica, for example — but we add new with carriers like Claro and Vivo in Latin America, and the reach we have into the Asian market with KORE Asia-Pacific relationship in which we can bring carriers to the Wyless table. There is a little bit of thinning out relating to some of the Tier 2 carrier relations that are sub-scale. There is adifferent philosophy in Wyless compared to KORE; we (KORE) only see carrier relationships flourishing when we have absolute integration in all aspects from provisioning through to IP data management, billing and unbundled capabilities. They had a number of carriers where they were just buying wholesale capacity. We’ll have to look at that. But overall, not a lot of overlap,” said KORE’s CEO.

KORE plans to retain all the locations, in Brazil, the UK, the Netherlands, in North America the location north of Boston. It will likely be relocated and grow, but in the same area. There may be economies around customer support, particularly if they build Follow-the-sun. The other area is leveraging the No-single-point-of-failure network infrastructure that has been KORE’s hallmark, they will want to leverage that quite quickly and expand it to Wyless customers.

And what of the staff?

“We’re bringing the teams together,” said Brisbourne. “Mike Coffey, the Wyless CEO will be assuming a new position of chief operating officer in the new company. Frankly, I know where  almost all of our organisation at executive level looks like but we have not made those announcements so it would be inappropriate to share them with you currently. There are no expectations of losing any in those teams. The areas we will look at are duplication in support and administrative services. That’s like the time we acquired Raco, we created 45 new positions.” (Also see: KORE uses new ABRY funding to acquire RacoWireless and boost global M2M adoption.)

Asked if they need to rationalise the connectivity platforms, Brisbourne said, “It has to be, it’s the long pole in the tent. Our focus has to be on continuity of the customer experience. I don’t believe that we will see changes around those platforms in the next nine months or so. They may well be mechanisms to make migration easy from one to another for certain customers, there may be feature sets that are critical to certain customers. We’ll have to make a decision on the fundamental enabling platform; it’s high on the list of opportunities, maybe they call it the challenges.”

IoT Now suggested that there’s a new landscape emerging in the IoT space with this deal and Cisco’s acquisition of Jasper. How do KORE think customers will view their position in this?

“I hope, positively. But practically speaking, the value set which we’re bringing to the business is rooted in independence which remains a very important attribute. We’re independent of hardware, of carriers, of technology, and frankly we’re independent of geography. Yet we have critical scale and mass in all of those areas to be able to bring the right solution set, particularly to enterprises who are in some cases wanting us to become their own MVNO. The challenge that we have, like any business that scales, is continuing to be alert and responsive. Customers are becoming more multinational and more multi-technology in scope. The carriers who are our competitors and our suppliers, and in some cases our partners are now starting to reap the dividends of what we’re doing by becoming a channel for us. It’s a market where nobody’s quite baked the cake yet. We’ll have to be innovatory to bring value to our customers,” Brisbourne concluded.

Commenting on the news, Robin Duke-Woolley, CEO of Beecham Research told IoT Now: “This move is significant for several reasons. First up, there are not many MNOs (mobile network operators) who are generating M2M revenue at this level. It confirms that the independent reseller market has a great future at both the national and international level – something that many predicted would not happen when the MNOs started to focus harder on the M2M market six or seven years ago. Indeed, Beecham Research’s own data shows that these resellers have in fact been growing at a faster rate than the MNOs over the last few years – both in connection numbers and in revenue terms.

“Also significant is what it means for M2M/IoT market development. Uppermost in KORE management’s mind has been the transition to software services – data collection and effective processing of that data to add new value. Unlike many who aspire to provide these services, KORE is coming from a solid grounding in connectivity and where this data comes from. Part of the rationale for the deal is bringing forward introduction of new software services that will add new value in the IoT solutions business.” (Also see our sister site: KORE acquires Wyless: Connectivity for IoT takes centre stage.)

As Godfrey Chua, principal analyst at Machina Research, put it: “The Kore acquisition of Wyless makes sense given the  geographic complementarities and the overall scale the combined companies deliver – scale and reach are two increasingly critical elements for effectively competing in today’s highly competitive IoT marketplace.”

“What will be interesting to watch is the extent the combined entities combine and leverage their newfound resources and capabilities to advance their technology proposition. They certainly have key assets in place (purpose built mobile packet core (Aspider), Position Logic, etc.) – further developing and adding to the technology toolbox, as well as their overall capabilities, will be important to continuing to build that competitive edge,” Chua concluded. 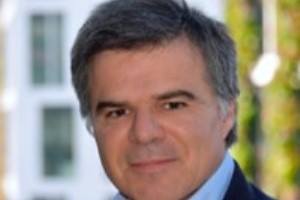