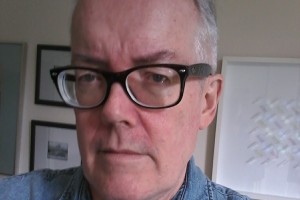 Several of the most significant deployments of 3D printing technology have been in medical applications. 3D printing has enabled the production of customised hearing aids and bacteria‑resistant dentures, while the first 3D hip implants and knee replacements have resulted in improved healing times and functioning of the implants.3D technology can print patient‑specific models of organs or body parts from medical scans for use in planning and practising difficult surgical operations, or produce prosthetic limbs at low cost for people in less developed countries who previously had no access to such life-altering devices says, Peter Feuilherade, a former BBC World Service journalist, and a UK based writer and regular contributor to the International Electrotechnical Commission publication e-tech.

Titanium is non-toxic and the strongest metal that can currently be used in 3D printing. It has been used to produce 3D‑printed prostheses ranging from a metacarpal thumb bone to hip joints and even an entire sternum and ribcage. Customised synthetic bone implants made in part from the same minerals found in natural bone material can also be 3D printed to help patients recovering from bone loss. As the natural bone grows back, the implants dissolve harmlessly in the patient’s body.

Matt Ratto, orthopaedic technologist at the University of Toronto, is a specialist in the production of prosthetic braces and sockets that contain intrinsic pressure‑sensing circuits. “The prosthetic device will then stream real-time information about the fit and comfort of the device directly to a mobile device, giving the patient or caregiver granular data over time about how the device is working,” he explained.

When American engineer and TV presenter Mike North broke his fibula last year, California‑based 3D prototype manufacturer Fathom created a 3D-printed cast with embedded electronics including pressure sensors, a gyroscope and an accelerometer, enabling doctors to monitor his leg’s physical state from anywhere in the world.

In 2015 the US Food and Drug Administration for the first time approved the use of 3D printing in the manufacture of medicines, paving the way for the potential customisation of the size, dose, appearance and rate of delivery of drugs to suit the needs of individual patients and make them safer and more effective.

In the rapidly developing field of biofabrication, a research team at Heriot‑Watt University in Edinburgh has developed a 3D printer to bioprint stem cells from an adult patient’s own cells, which are capable of developing into almost any other cell in the body. Initially, they plan to use the cell printing process to make miniature 3D human tissues for testing pharmaceutical drugs. Looking ahead, 3D printing of body parts, organs and living tissues for human transplant may become a reality.

Several IEC TCs and their SCs are responsible for the safety aspects of the growing use of 3D printing for medical applications such as the preparation of anatomical models, customised implants and bioprinting. They include TC 119: Printed electronics, and TC 62: Electrical equipment in medical practice, and its SCs, which prepare International Standards and other publications covering “electrical equipment, electrical systems and software used in healthcare and their effects on patients, operators, other persons and the environment”.

The research and consultancy company IDTechEx forecasts that the total 3D printing market will reach $ 20 billion by 2025, with the bioprinting market accounting for more than $ 4 billion. “The trillion dollar oil and gas industry is an emerging user of 3D printing with the highest forecast growth followed by the more established aerospace industry,” IDTechEx added.

International Data Corporation (IDC), a global market intelligence provider, predicts an even higher growth rate within the next three years alone, based on greater mainstream adoption. According to IDC research published in January 2016, global spending on 3D printing will grow at a Compound Annual Growth Rate (CAGR) of 27% from nearly $ 11 billion in 2015 to $ 26.7 billion in 2019. Most of the growth is expected from markets in the US, Western Europe and Asia, as China in particular becomes a leading market for 3D printing hardware and services.

Shape shifting and the fourth dimension

The next few years will see rapid advances in metal 3D printing to produce a wider range of finished goods, including more medical implants than is possible today. The speed of printers is expected to increase. Research is underway on how to combine different types of materials such as metals and plastics in a single build cycle, and how to embed components such as sensors, electronics and batteries.

The emerging technology of 4D printing brings exciting possibilities. 4D printing involves the use of shape-shifting materials, where the fourth dimension relates to the time taken for self‑transformation. These programmable or ‘smart’ materials can adapt their properties and shape on demand after 3D printing, when immersed in water or exposed to external sources of energy such as heat, current or light. Potential applications include tissue engineering and medical implants that change their shape inside the body.

The author of this blog is Peter Feuilherade, a former BBC World Service journalist, and a UKbased writer and regular contributor to the International Electrotechnical Commission publication e-tech.