Want to never be wrong? Become an IoT forecaster - IoT Now News - How to run an IoT enabled business 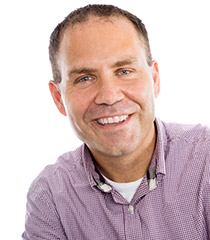 I have been heavily involved in the stock trading market for a long time. I’ve done well for myself, usually beating the market handily most years. I’ve even been lucky enough to be featured in a number of periodicals…

One of my favourite parts about the stock market is watching the analysts on Bloomberg and other financial channels. They say a lot, but if you listen closely, they rarely say anything concrete.

If they do, there are so many caveats that you could drive a truck through it. I mean, almost none of them have predicted any of the major market movements of the past two decades….nope, most of them missed the Tech bubble and just about all of them missed the US Housing Crash and the Great Recession. However…somehow, they are all still employed, says Larry Bellehumeur, M2M / IoT Consultant, Novotech Technologies.

I am starting to feel the same way about IoT prognosticators. Every year, we see dozens of graphs, charts and predictions as to how things are going to grow, but the vast majority of the time, they are either wrong or their projections were so vague that I think they can also be used to predict when it will rain. This graph is from our friends at Forrester. It talks very generally about some categories that can be expanded/contracted in whatever way you like to include whatever relevant information is needed to make them seem accurate.

Take the Gateway Hardware category as an example. This graph shows that it will take 3-5 years for Gateway Hardware to move into the next phase, which is Equilibrium. It doesn’t mention anything about expected amounts of growth, what will trigger such growth or even what is fully defined as a Gateway Hardware. Does it include standard routers that may have additional wireless? Does it include dumb terminals used in bridge mode only? Does this include home-based routers that may have a USB stick for back-up, but pretty much no one actually does use it?

The great thing about graphs like this is that you can always be right and are rarely wrong. I just fail to see the value on these things. Perhaps I am too much of a “meat and potatoes” guy? Or perhaps I just focus on the facts that make sense, facts that help me do better than most investors. Either way, maybe we would all be better off if we ignore vague graphs and focus on growing our industry in actual numbers.

The author of this blog is Larry Bellehumeur, M2M / IoT Consultant, Novotech Technologies

As an M2M / IoT Consultant with over 10 years of experience in the wireless industry – Larry Bellehumeur is often the fire behind Novotech’s continually expanding portfolio of innovative M2M solutions. On top of exploring new lines of business and lucrative vertical markets for Novotech, Larry is a recognized expert and influential blogger in the M2M, IoT and Wireless Data Solutions space.