Home › IoT News › Connected Devices › Ahead of the game? 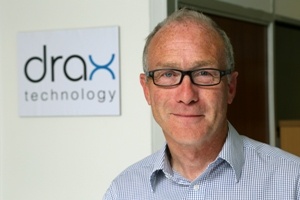 Do you read those articles that predict the ‘hot technologies’ for the year ahead? If so, you’ll know that the Internet of Things (IoT) has featured in almost every one as THE big thing of 2016.

However, the narrative surrounding each mention differed greatly. The Internet of Things (IoT) is either going to save the world or is “a solution in search of a problem” it seems.

While I don’t believe that IoT is the answer to every question known to man, I can’t help thinking that whoever made the comment about solutions and problems certainly wasn’t a facilities manager or, indeed, connected with fire prevention.

In case there are still a few people around who don’t know about the IoT, I’ll explain. It describes a world where devices and objects have network connectivity, allowing them to send and receive data. If you need proof of its commercial potential, I’ll just remind you that Google spent $3.2 billion to acquire Nest, a company which enables the connection of thermostats to smoke detectors and smart phones.

In the sphere of building management, the concept is really not so new. In many areas sensors are already being used to monitor and buildings, their systems and their occupants, providing the data to make informed choices around comfort, safety, security, resources and more.

Soon Fire marshall (FMs) and others will be able to view, integrate and analyse data from multiple different devices. This way they can get a snapshot view of the performance of their entire global portfolio on their smartphone or tablet, wherever they are.

For those outside the sector this may not sound a big deal. However take just one aspect of this; the management of the fire alarm system. Even if the task of monitoring and managing the system is outsourced (as it often is) the building, facilities manager or owner is ultimately responsible. Yet a typical portfolio will include buildings with a complete mix of different systems, even within the same building.

Consequently, it’s almost impossible to know the current status, even if they have the event log from the fire alarm control panel to demonstrate a system has been tested. They are at the mercy of their chosen maintenance company – but if something does go wrong, they will get the blame.

So new, intelligent systems such as Drax Technology’s SMaRT Web can integrate information from almost every make of fire alarm systems via the internet, so it can be viewed on mobiles, laptops or tablets from anywhere in the world. This data can also be used for compliance purposes and prove that whoever is responsible has done everything they can to ensure a building is safe.

Whether you call it smart, intelligent or the IoT (or all three), it’s very much a solution to a problem, rather than the other way around.

The author of this blog is Keith Mister, product manager at Drax Technology.