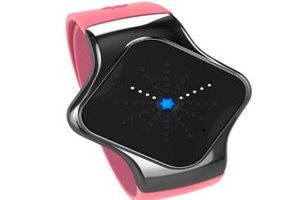 MvBii Ventures is set to launch its new range of tracker products – z-Track and z-Zap including versions for iOS and Android.

Products such as Fitbit and Misfit have clearly helped wearable technology evolve in 2016, but with the launch of the new second generation products like z-Track and z-Zap the company aims to offer a new alternative to fitness tracking, focusing more on the idea of balance not just activity.

MvBii Ventures has been working with David Hewson, professor of Health and Ageing at the Institute for Health Research at the University of Bedfordshire in the UK, identifying how a strategic and structured balance between activity and rest throughout the day is better than focusing just on activity alone. If this lifestyle balance is adhered to, alongside other sensible living measures, it is believed that ‘Forty Somethings’ could realistically aim to add ten years to their life expectancy. “Public Health England’s ‘One You’ campaign has just been launched amidst some controversy as to whether it’s a ‘nanny state’ initiative or wise advice. It’s hard to ignore its bold assertion that living healthily in midlife can double your chances of being healthy at 70 and beyond amidst the claims and counter claims. Wherever you sit on the argument of nanny state versus wise advice it’s hard to dispute the growing body of evidence that supports the need for all of us to take better care of ourselves,” explained co-founder Justin Pisani.

MvBii Ventures, based in Cambridge, UK, thinks it has a practical solution to this dilemma. Described by the company as, ‘a lifestyle tracker’, the product launch has the mantra ‘Balance is Best’ at the heart of everything it does and is specifically designed to “make life work for you”. This isn’t a product just targeted at the weekend gym warriors, it is about making small but effective adjustments to the way we live our everyday lives. “The first wave of smart wearables has in our view concentrated on the already active and offers lots of data for users with everything from steps taken, distance travelled, and heart rate, etc. Whilst popular we felt they were preaching to the already converted. Many of them even look a bit too much like rubber sports devices.” Justin continued, “We wanted a product designed for those with demanding lives who struggle to make time to follow a regular exercise regime.

To achieve the goals as outlined in initiatives like ‘One You’, we believe you have to take your moments in the day to find ways of getting exercise or resting effectively, not just when you finally get to the gym. We’re not saying burn your gym membership, our device works well in that context too, but don’t just rely on that as way to feeling better. Anyway many people find that through injury or circumstance that that type of training isn’t viable.’

Balance is all about looking at rhythm of activity, rest and exercise over the day and not just at the end of the day total. This can encompass taking time to get up from your computer and walking about for five minutes each hour instead of the more regular habit of sitting all day and then taking a long walk at the end or going for a run at the weekend. z-Track is all about considering mind and body together not just the physical endeavour – sometimes it may be better to relax rather than doing something physical and their app even includes short relaxation routines to rapidly de-stress you. With their app it’s very simple and discrete to view your balance throughout the day and you can keep a photo and text diary of your day which is a great method of finding alternative ways to do things differently or better, over time.

MvBii Ventures co-founder, Ludo Chapman said: “We are delighted to be unveiling our new range of Gen II products encompassing z-Track and z-Zap products. We feel the range is one of our best yet and we wanted to create a brand which fits into the lives of the people who will use it and not be a standalone piece of technology demanding your instant attention. Trials with z-Track have been really positive.

We’ve seen some really encouraging things, things that may seem like small steps but are vital to balance and change, i.e. by simply wearing it people sub consciously get in the habit of taking the stairs at work instead of the lift and we had one man who noted he had started to walk more briskly when he was about town. They sound small things but taken over time they will help people get into that virtuous circle of the more you do the more you want to do” The company plans to develop the z-Track range with further app updates to add in more, stress defence features for relaxation, MvBii Ventures have been in discussion with several companies about the use of balance in the work place and plan to undertake some large scale trials to show how it can help with occupational welfare ideas such as the NHS Live Well campaign“.