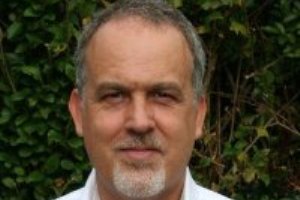 The insurance industry is struggling to meet the expectations of 21st Century consumers, independent research has found. In a survey of 2,005 British adults, sponsored by GMC Software, 93% of consumers said they wanted more choice in how they communicate with insurers.

More than half (56%) of current insurance customers would also like their insurer to use technology. This includes health monitors or connected cars being used to provide a more accurate premium.

Insurers are failing to use available channels, from letters and telephone to email and websites. For instance, only five percent of consumers’ insurers use mobile apps to communicate, yet 19% of those surveyed say insurers should provide such a service. This means demand outstrips supply by almost four times.

This lack of understanding isn’t limited to communication channels: it also applies to whether to contact customers at all. Over half of consumers have received irrelevant communications from insurance companies in the past year.

“The demands of 21st Century consumers are changing rapidly. In an increasingly competitive market, those that can meet their customers’ desires will gain a significant advantage,” said Mike Davies, VP EMEA North at GMC Software. “Even email, which has been an accepted channel for almost two decades, is lagging behind consumers’ expectations. Insurers need to rectify this; without accurate and appropriate communication, consumers will rapidly grow frustrated and take their business elsewhere.

This applies across the entire customer relationship, from initial contact to actually making a claim. Indeed, making a claim is often the moment of truth for many customers’ relationship with their insurer: the more painful the process, the more likely customers are to up and leave.”

Currently, the majority of consumers have to share information multiple times when making an insurance claim, meaning insurers aren’t sharing information as appropriate to make the process easier. In all, 62% of people making a claim had to share the same information twice or more the last time they did so, with 11% having to share it four or more times. Consumers also want insurers to make greater use of all methods of communication, with the difference for email particularly stark: 71% of people say it should be used, yet the insurers for only 53% of respondents use email to communicate.

As well as more accurately targeted communications, using the right channels, consumers are also encouraging greater transparency from insurers; especially when using the data they already have to improve customer service. Eighty five per cent of consumers with insurance would like their insurer to give them insight into how they could lower their premium, for instance by suggesting changes in behaviour.

Indeed, consumers are willing to pay for this: 64% would accept higher premiums now in exchange for more accurate information that would help them lower premiums over time. As many as 46% would also pay more for the guarantee of fast, efficient claims. Consumers also encourage greater use of technology beyond simply communicating.

“As we can see, consumers aren’t averse to paying a little more now for a better service that benefits both insurer and consumer,” continued Mike Davies. “By matching their customers’ expectations and making the most of technology, insurers aren’t only helping consumers, they’re helping themselves.

For instance, using connected devices to provide more accurate premiums means insurers can offer cover at a lower cost and at less risk to themselves. Society’s attitude to technology and communications has changed: the industry needs to change with it.”

The study, conducted by TNS on behalf of GMC software, had replies from 2,005 GB adults aged 16 and over.