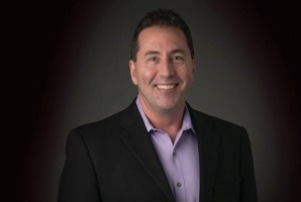 The LoRaWAN certification process has been conducted at Espotel’s laboratory in Jyväskylä, Finland. New certification ensures that MultiConnect mDot formally complies with the LoRaWAN specifications and is compatible with LoRaWAN networks.

LoRa is a wireless technology developed to enable low data rate communications over long distances utilising sensors and actuators for M2M and IoT applications. It is reportedly attractive for many applications because of its long-range capability, ability to enable battery-operated assets to function for years, and its low cost/high return on investment (RoI) benefits. LoRa’s advantages consist of its excellent range, low power consumption, good data security, and good ability to penetrate obstacles. In addition, it is completely bidirectional, enabling remote control applications.

Customers integrating the mDot into their final design can now leverage the modules CE, FCC and LoRaWAN certifications. By reusing these regulatory and industry approvals to skip the complex radio testing demanded by authorities and the industry, it is said that vendors of LoRa end devices can significantly de-risk costly delays achieving complex global approvals for their device.

“The MultiConnect mDot’s performance significantly exceeded even the testers expectations,” noted David Smith, senior VP Engineering and Innovation at MultiTech. “Though our RF module was already compliant with the LoRaWAN specification, introducing a more formal certification further reinforces the product’s excellence and foothold in the industry. As part of the testing, MultiTech also completed full certification for optional data rates and feature capabilities. All details will be noted both on the LoRa website and within the newest compliance certification.”

“The MultiConnect mDot performed exceptionally well in our intensive testing procedures,” said Jouko Nikula from Espotel Oy. “MultiTech engineers should be congratulated for the high-level demonstration of its LPWAN RF module, a benchmark for excellence that undeniably impressed the entire testing team.”

The LoRa Alliance Members Meeting and Open House is taking place on April 4-6, 2016 at the Hyatt Regency Santa Clara in California. MultiTech will host a hack-a-thon together with partners ARM and The Things Network during the event, beginning in the afternoon of April 5, with winners announced during the Open House the following day. Participants will be developing LoRa applications on the mDot.

Winning applications will be made available publicly on the Application Store that resides within MultiTech DeviceHQ, a device management software available on MultiConnect Conduit programmable gateways.